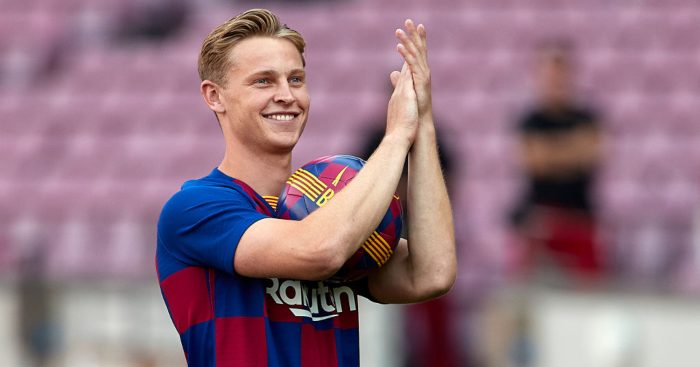 The Holland midfielder joined Barcelona in a €75m deal from the Dutch giants earlier this year, with De Jong presented before the media on Saturday as Barcelona finally got their hands on the man seen as Andres Iniesta’s long-term replacement.

De Jong used his presentation to try and convince former teammate Matthijs De Ligt to join him at the Nou Camp, and since then the player has admitted he saw his career following a different career path.

And the player has admitted the career path of Ajax’s sporting director Marc Overmars – which went from Ajax to Barcelona but via a stint at Arsenal – was always one he expected to follow.

“In my mind I have had the following list for a long time: Ajax-Arsenal-Barcelona, ​​call it the Marc Overmars route,” De Jong told Voetbal International.

“But then again, if you can go directly to Barcelona, ​​then you are right where you want to be. Faster than you ever dared to dream.”