Home All The News New Huddersfield signing: I’ve prepared myself for rain 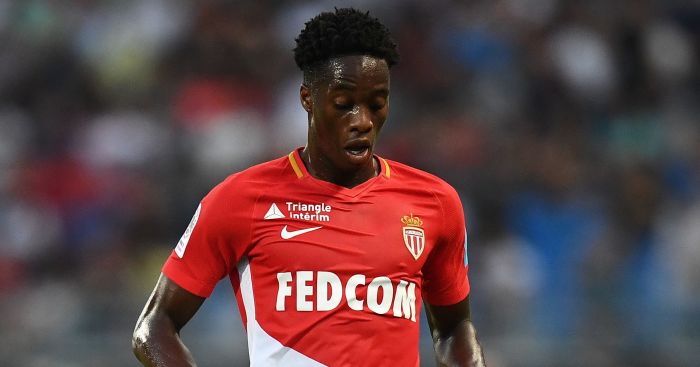 Huddersfield’s new signing Terence Kongolo insists he is good to go if asked to play in Saturday’s FA Cup third-round tie at Bolton.

Holland international Kongolo, 23, a central defender who can also play at left-back, joined the Terriers on Tuesday from Monaco on loan until the end of the season.

He has featured only six times for Monaco after sealing a £13.38million move from Feyenoord in the summer, but said he is ready to step in immediately at the Macron Stadium if selected.

“If the coach puts me in the first XI, I’m ready. So we will see,” Kongolo said. “First I have to train with the team. We will see.

“The FA Cup? I don’t know much. But each cup I want to win. It’s a prize. It’s good for your career, the experience.”

Michael Hefele is working his way back to full match-fitness after a long-term Achilles injury, while fellow centre-half Jon Gorenc Stankovic has been out since March due to knee ligament damage.

Kongolo, whose younger brother Rodney plays in Sky Bet League One with Doncaster, chose Huddersfield over Bordeaux and said the Premier League was the main attraction.

“I’ve prepared myself for the rain and the cold and here we are,” Kongolo said. “Another thing, my family is also here, my mother and another little brother live in Manchester, so for me it’s a good choice.

“At Huddersfield, there is good spirit here and they are warriors and they can also play good football. I have a good feeling about Huddersfield.

“At the moment I’m here, I want to improve and then we will see what happens in the future.”

Meanwhile, Huddersfield have confirmed Kasey Palmer has been recalled from his loan spell by parent club Chelsea.

Palmer, 21, played a key role in Town’s promotion via the play-offs last term, but, since returning for another long-term loan spell in the summer, has barely featured due a troublesome hamstring injury.

“He was a big part in our successful promotion to the Premier League, but the hamstring injury he suffered made it difficult for him this season,” Wagner said.

The Terriers have also confirmed the appointments of Leigh Bromby as the club’s new academy manager and Mark Hudson as under-23s coach.

Former Sheffield Wednesday and Sheffield United defender Bromby, 37, joined Town’s academy in 2014 as under-18s coach, while former Terriers skipper Hudson, 35, has worked with both age groups and the first-team squad this season.

Huddersfield overhauled their academy set-up in September, scrapping all age-groups from under-16s down in order to focus solely on the under-18s and under-23s.