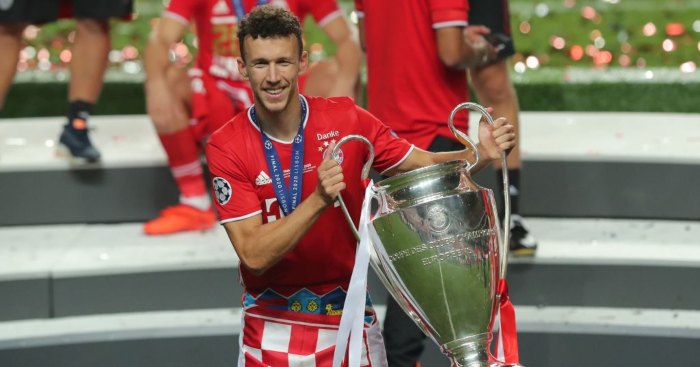 Man Utd could line up a move for Ivan Perisic this summer if they miss out on signing Borussia Dortmund winger Jadon Sancho, according to reports.

The Croatian winger joined Bayern Munich on a season-long loan last term from Inter Milan, with the Bundesliga side winning the domestic title and Champions League.

Perisic is no stranger to German football having won the domestic double with Dortmund in 2012, before winning the German Cup with Wolfsburg three years later.

The 31-year-old had been continuously linked with a move to Old Trafford in 2018 with Jose Mourinho, who was known to have rated Perisic highly, was reportedly unhappy at the time over United’s failure to land him and other top targets.

Reports in October 2018 claimed that Inter were prepared to part company with Perisic for £48m in 2017, but that Man Utd executive vice-chairman Ed Woodward and other members of the club’s hierarchy were unwilling to go above their £45m valuation of the player.

And now a new report in The Daily Telegraph link Perisic with a move to Old Trafford again with the newspaper claiming that the Croatian, Gareth Bale and Douglas Costa ‘are the profile of attacker that may be considered, depending on their availability’.

That comes as part of a report that claims Man Utd are ‘ready to walk away from a summer deal for Jadon Sancho’ and have ‘made enquiries over alternative forwards’. With Perisic presumably one of those options.