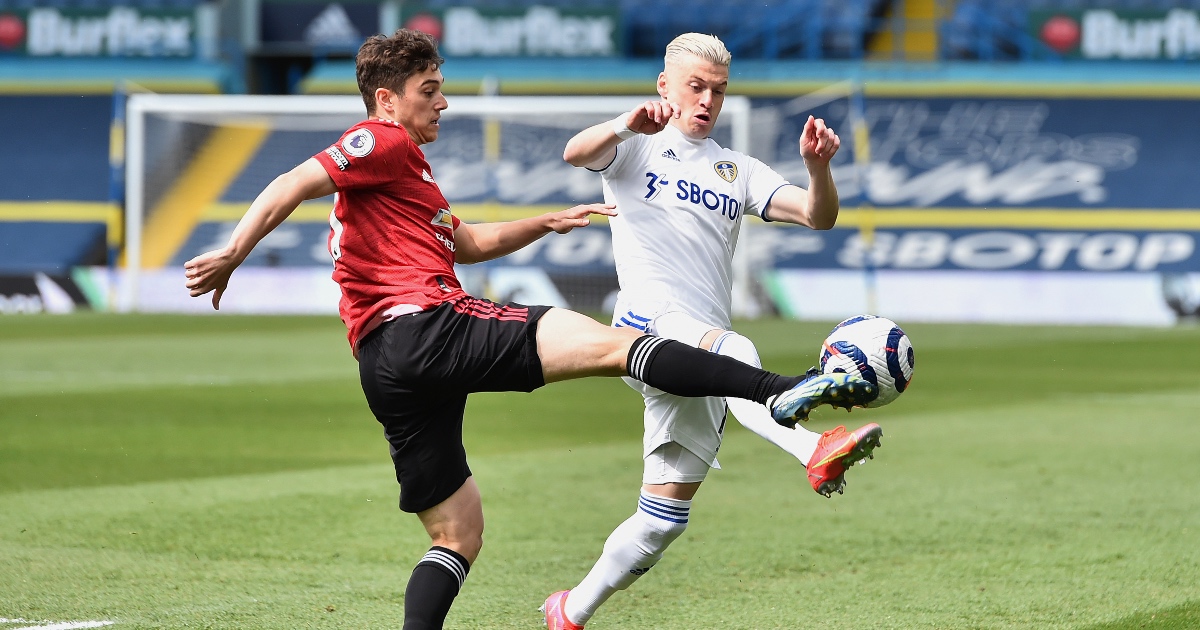 The Wales winger joined Leeds from Manchester United on transfer deadline day, in a deal thought to be worth £25million.

The Whites initially targeted James in 2019 but were beaten to his signature. They have got their man this time around, with the 23-year-old penning a five-year deal at Elland Road.

Is European Super League just good PR away from revival?

He could make his debut for the club against Liverpool on September 12, following the end of the international break.

When asked about James’ transfer, Hutton also praised Man Utd for getting a profit.

“They’re not daft, are they? We know it’s a business and lots of teams are out to make money,” he told Football Insider.

“He’s still very young. There’s a lot of development that he’s still capable of making. He can become a better player.

“So yes, they’ve made money. They’ve used him while he’s been at Manchester United.

“Leeds are having to pay more than they would have the last time but that’s because he’s a better player now. He’s more developed, he’s had those years at a top team where he’s matured.

James made 74 appearances for the Red Devils in all competitions. He managed nine goals and nine assists.

He was liked by Norwegian boss Ole Gunnar Solskjaer, although he fell down the pecking order after Jadon Sancho’s arrival from Borussia Dortmund.

On his summer switch, James told LUFC TV: “It feels great. I’m glad everything is over the line now and I’m just looking forward to getting started.

“There’s been interest for a while and it’s happened late in the window due to various reasons, but I’m just glad that I’m here now, I’m ready and I can’t wait to get going.

“It’s an amazing club, with an amazing history and a great group of lads. I know a few of them already and I’ve had some great chats with them already.

“Liam Cooper has text me a few times and I play with Tyler Roberts at Wales so I know it’s a great group of lads, I just can’t wait to play in front of the Leeds fans.”