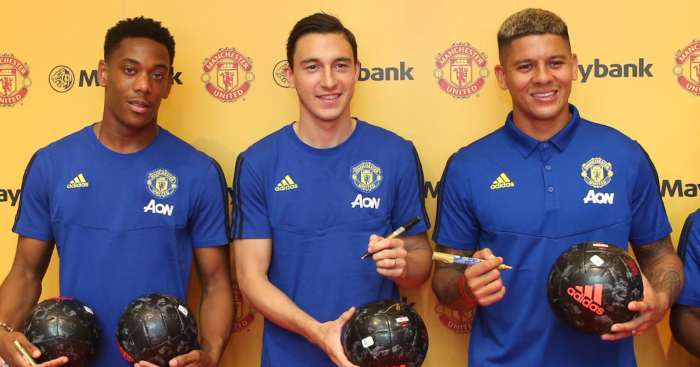 Matteo Darmian’s proposed move to Juventus from Manchester United is under threat, according to reports.

The 29-year-old has already been linked with a move to Italy this summer, while Barcelona were said to be ‘attentive’ to Darmian’s situation at United.

Darmian only has a year left on his contract after making seven appearances in all competitions for the Red Devils last campaign.

Gazzetta dello Sport (via Sport Witness) claims on Saturday that Darmian has agreed terms with Juventus but that his move to Italy hinges on Joao Cancelo’s departure.

Cancelo has been linked with a move to Manchester City with the Premier League side reportedly offering Danilo as a replacement in a possible swap deal.

And if that was accepted then it would have implications for a possible deal for Darmian as Juve may longer need another full-back.

Gazzetta dello Sport adds that the signing of Darmian should be ‘excluded’ and that he will now remain at Old Trafford unless another club comes in for him.