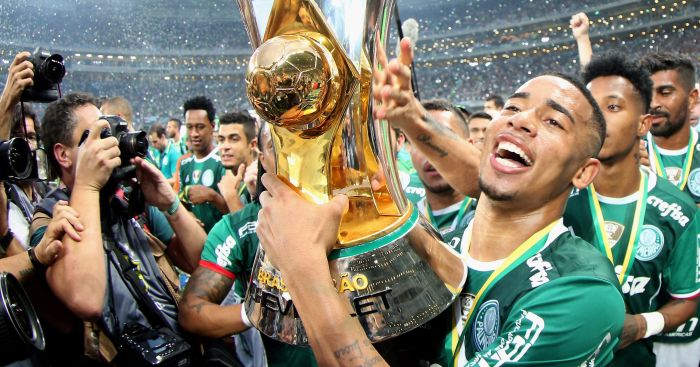 The Brazil international hit 12 goals for Palmeiras on their way to winning the Brasileirao crown and he was honoured with the country’s Golden Ball award ahead of his switch to City.

Jesus has added his name to an amazing list of former winners, including the likes of Ronaldinho, Romario, Pele and Neymar.

And Pele thinks Jesus is Brazil’s biggest hope and reckons he will improve once he moves to Europe.

“He is a boy who has a lot of future,” he said via Manchester Evening News. “I’ve been watching his interviews. I’m going to joke: he’s a crier – loves crying on the pitch! Everybody’s seen lately.

“But it was deserved. Right now, he’s the best player we have. I think he can improve a lot still. Mainly, he will get more experience with international games.

“He will get more experience now, as he will play in Europe. Football there is harder, so he will still grow a lot. But at the moment, without a doubt, the prize is deserved for him.”