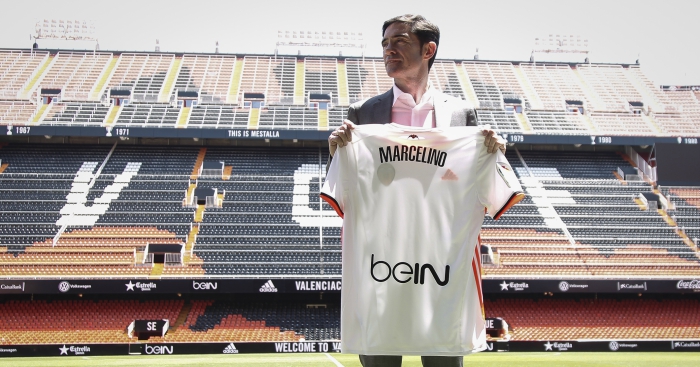 When Valencia won their second La Liga title in three seasons in 2004, their fans could have been forgiven for thinking they would stay at the pinnacle of Spanish football for years to come. Plans were made for a brand new 75,000-seater stadium in the city as the club aimed to keep its seat at the top table of European football, having twice been runners-up in the Champions League at the turn of the century. Work commenced on the ‘Nou Mestalla’ in 2007, but it’s fair to say that from that point on, things did not quite go according to plan.

The global financial crisis of 2008 hit hard, and the club sank deep into the depths of debt. Work on the new stadium – which had been due to open in the summer of 2009 – had to be shelved with only the skeleton complete. It still stands unfinished in the city as a testament to the hubris and excess of the pre-recession era.

In spite of their financial hardship, the club actually performed surprisingly well during this period. They were forced to sell their best players to ease their debt, with the supremely talented World Cup-winning trio of David Villa, David Silva and Juan Mata all moving on, but they still managed three consecutive third-place finishes between 2009 and 2012 under the stewardship of Unai Emery.

Since Emery’s four-year reign came to an end in 2012, Valencia have struggled for any form of consistency or stability, on or off the pitch. They have had nine permanent managers in this five-year period, and only qualified for the Champions League once. The club was bought by Singaporean billionaire and friend of the Neville brothers Peter Lim in 2014, and while he has stabilised the club financially, initial support from the fans has since given way to outright revolt.

In Lim’s first season after taking over, new manager Nuno Espírito Santo led ‘Los Che’ to a fourth-place finish, and the new owner could do no wrong in the fans’ eyes. Many believed that they had finally turned a corner, and that their new-found financial security and return to the Champions League would provide the springboard for them to bounce back to the heights reached under Rafa Benítez in the early 2000s.

But things pretty rapidly went sour. In November 2015, with Valencia ninth in the table and facing elimination from the group stages of the Champions League, Nuno quit. What followed was a succession of ill-conceived managerial appointments, poor decisions in the transfer market and unrest in the stands.

Gary Neville, a non-hispanophone TV pundit with zero management experience, was hardly the safe pair of hands needed to steady the ship after Nuno’s departure, and his spell in charge predictably ended in tears. His successor Pako Ayestarán fared even worse, only lasting 12 games at the helm before being sacked having lost the first four games of the 2016/17 season (admittedly after Paco Alcácer, André Gomes and Shkodran Mustafi had all been sold from under him).

Things reached a nadir in December 2016 when Ayestarán’s replacement Cesare Prandelli resigned with the club only clear of the relegation zone on goal difference, having failed to receive any assurances of support in the transfer market from Lim, and having publicly called out his players for their poor performances. It was at this point that the fans reached breaking point, and organised protests against Lim, club president Layhoon Chan and director of football Jesús García Pitarch.

Club legend Voro was appointed to his fifth spell in interim charge of Valencia, this time until the end of the season. Performances on the pitch improved, as did results, and Voro’s reputation as a firefighter was enhanced as Valencia rallied to a 12th-place finish. This semi-resurgence took some of the heat off Lim, and once Voro’s work was done, highly-rated former Villarreal boss Marcelino was appointed as the new manager.

Marcelino’s arrival has given fans reason to be cautiously optimistic, after his superb work at Villarreal led them to three consecutive top-six finishes, including a return to the Champions League. His relationship with Lim will be crucial to his success. He will need assurances that Lim won’t be looking to sell key players such as Carlos Soler, José Luis Gayà and João Cancelo, and fans will be hoping links with players such as Kurt Zouma and Raúl Albiol bear fruit.

Last year, plans to restart work on the Nou Mestalla were announced, with a targeted move-in date of 2020. This, along with the appointment of Marcelino, are essentially Lim’s last throws of the dice – he’ll be hoping progress on the stadium move coupled with a good start to the season will appease the fans and prevent any further unrest.

The empty shell of a stadium has become a symbol of the club’s plight since the early 2000s – a spectre of what could have been, and a reminder that there is still unfinished business. The green shoots of optimism are starting to emerge, but Valencia’s fans will be forgiven for treating them with the caution they warrant, having seen many false dawns before.