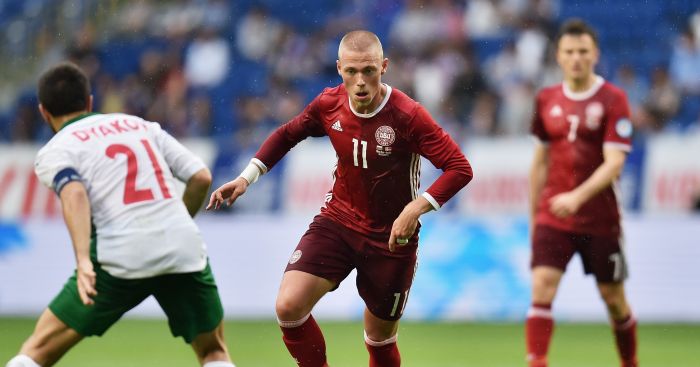 New Middlesbrough signing Viktor Fischer has been hailed as ‘unique’ by his national team coach.

Denmark boss Age Hareide poured praise on the 21-year-old after the winger produced a great performance in Denmark’s 4-0 victory over Bulgaria.

The player has agreed a £3.8million move from Ajax to Boro and the glowing reference from Hareide will no doubt excite fans ahead of next season back in the Premier League.

“We don’t have many players like him. He’s strong, aggressive and has depth.

“I hope this kind of (performance) is a breakthrough for Fischer because we need an attacker like him. He played a big part in the victory.

“He was fantastic – outstanding – and it was really great to see. He has had a great tournament here in Japan, and now he’s going to Middlesbrough. If he plays, he’ll get even better.”