A witness says Rooney almost got punched after "getting handy" with a man's wife. Dearie me. 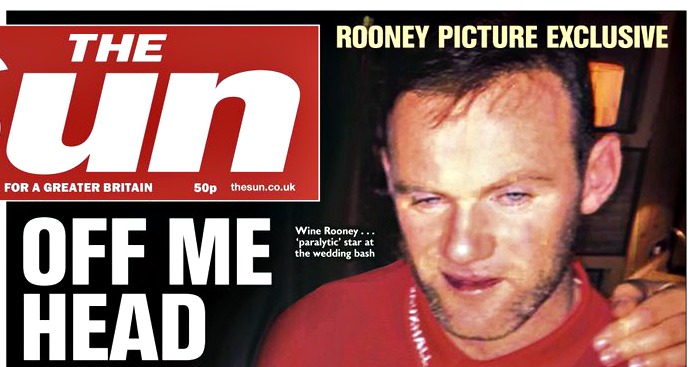 We have the latest claims over Wayne Rooney’s wedding gatecrash: He almost got punched after getting close to someone’s wife.

The Sun have increased their claims each day about Rooney’s hotel fun, with a slow news week allowing them to give the story maximum exposure.

The latest claim comes via an ‘exclusive’ from Jake Ryan. He reports a witness who says Rooney almost got punched after “getting handy” with a man’s wife. Dearie me.

“He was shuffling around looking like Jack Nicholson from One Flew Over the Cuckoo’s Nest,” the witness is quoted as saying.

“He was all over the place getting handy with the women who all had their husbands there.

“It was bizarre, they were almost letting him get away with it as it’s Wayne Rooney. But one bloke threatened to knock him out.”

This comes after Rooney accused the media of disgraceful treatment over the details of his drunken antics.

One thing’s for sure, Wayne: It’s not going away just yet.