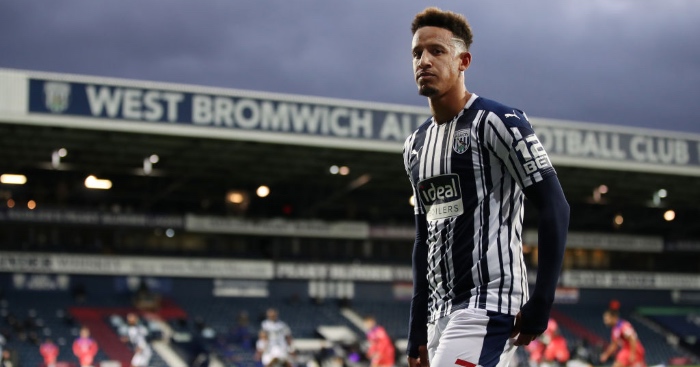 West Brom have had an interesting start to the Premier League campaign under manager Slaven Bilic.

The Croatian boss has seemingly fallen out with the club hierarchy over Ahmed Hegazi, before revealing that everything is rosy again.

He’s also struggled to make the team a competitive force in the league.

They currently sit in the bottom three after eight matches, having failed to pick up a win.

However, one player that could make the difference is striker Callum Robinson.

That’s according to former Prem striker Gabriel Agbonlahor, who scored over 70 goals in the top flight.

Agbonlahor believes Robinson has the potential to become the Baggies’ new star: “I think Callum was unbelievable at Preston and that’s why he got his move to Sheff Utd.

“He can score goals, we saw what he did against Chelsea earlier this season, he got a couple of goals. He’s been unlucky not to start the last few games.

“Callum is a great lad. As a player, he’s hungry, he can score a goal, he’s got pace.

“Hopefully he can get back in that side because they’re going to need his goals this season.

“He left Villa and made a career for himself. Sometimes young players can get stuck in the mould of thinking ‘I’m at Aston Villa, it’s amazing, the training ground, the food, the sauna, the lifestyle’ and they don’t want to leave.

“But he did and went down to teams that don’t have the same facilities and made a career for himself and is doing really well.”

Robinson has scored three goals in nine appearances for West Brom so far this season.

He bagged two against Frank Lampard’s Chelsea in September as the Baggies took their first point.

Fans will be hoping Robinson can continue those kind of performances after the break.

West Brom’s next match is against Man Utd on Saturday 21st November.