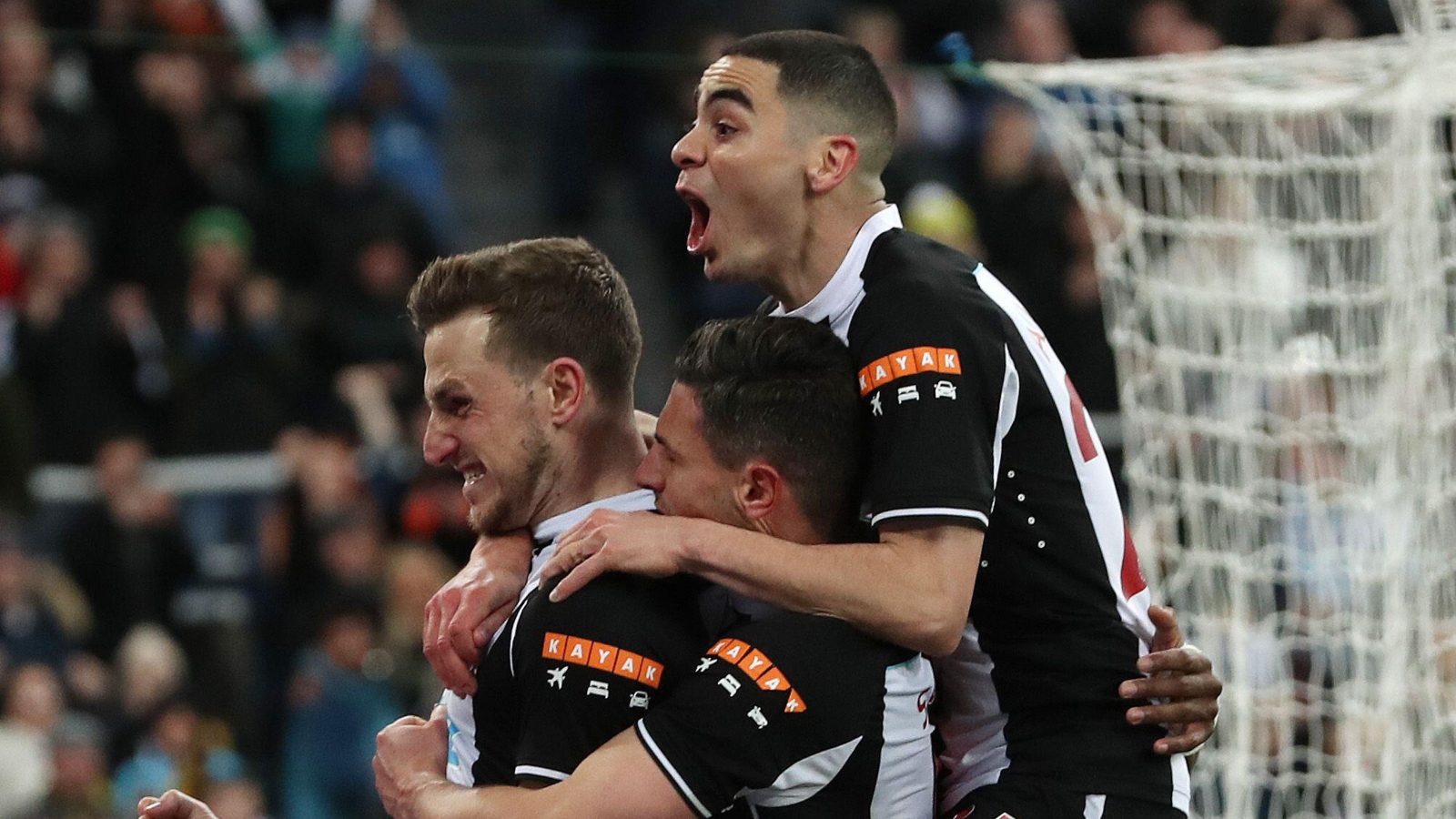 Chris Wood scored the only goal of the game as Newcastle beat Wolves to end a three-match losing run in the Premier League.

The £25million January signing’s second goal in a black and white shirt secured a 1-0 win which left the Magpies 10 points clear of the relegation zone and piled the pressure on the teams below them.

Wood, who became New Zealand’s record scorer during last month’s international break, had seen a first-half strike ruled out by VAR, but his decisive intervention ended his side’s three-game losing streak, to the delight of the majority of a crowd of 52,164 at St James’ Park.

It was little more than Eddie Howe’s side – prompted throughout by the excellent Bruno Guimaraes – deserved on a night when Wolves rarely looked like claiming the three points they needed to climb into the top six, until a late flurry.

The Newcastle boss was forced to make a change with just 12 minutes gone when Ryan Fraser, who had earlier undergone treatment on the pitch, was unable to continue and Miguel Almiron was asked to take his place.

Time and space were at a premium with both teams attempting to press out of possession and it took a ball over the top from Jonjo Shelvey to hand Almiron a half-chance with 21 minutes gone, but although the Paraguay international’s controlling touch was good, his shot did not match it.

Newcastle thought they had taken a 24th-minute lead when a prone Wood fired home after Wolves had failed to clear Guimaraes’ cross – after he and Almiron had cleverly exchanged passes – but although there was no offside flag, it was decided there should have been following a VAR review.

Jonny blazed over from distance two minutes later as Wolves fleetingly responded, but they were largely content to attempt to contain the Magpies during a first half of little real incident with Joelinton glancing a Matt Targett free-kick well wide two minutes before the break.

With wing-back Marcal much further advanced after the break, Wanderers looked significantly more threatening, although goalkeeper Jose Sa had to pluck Dan Burn’s shot out of the air after he had run on to Wood’s 52nd-minute flick-on.

Hwang Hee-chan saw his attempt blocked at close range after he had carved his way into the Newcastle box three minutes later and Joao Moutinho drilled a cross across the face of goal with the game opening up.

An out-of-sorts Allan Saint-Maximin was enduring a frustrating evening and skied a 64th-minute well over from Guimaraes’ cross before failing to pick out Wood at the far post seconds later.

But the former Burnley striker finally got his chance with 18 minutes remaining when, after he had been upended by Sa as he ran on to Joelinton’s pass, he sent the keeper the wrong way from the spot to open the scoring.

Guimaraes might have made it 2-0, but saw his scuffed hit trickle just wide, but the lead was desperately fragile with Fabio Silva heading wastefully wide before being denied by a fine save from Martin Dubravka as time ran down.