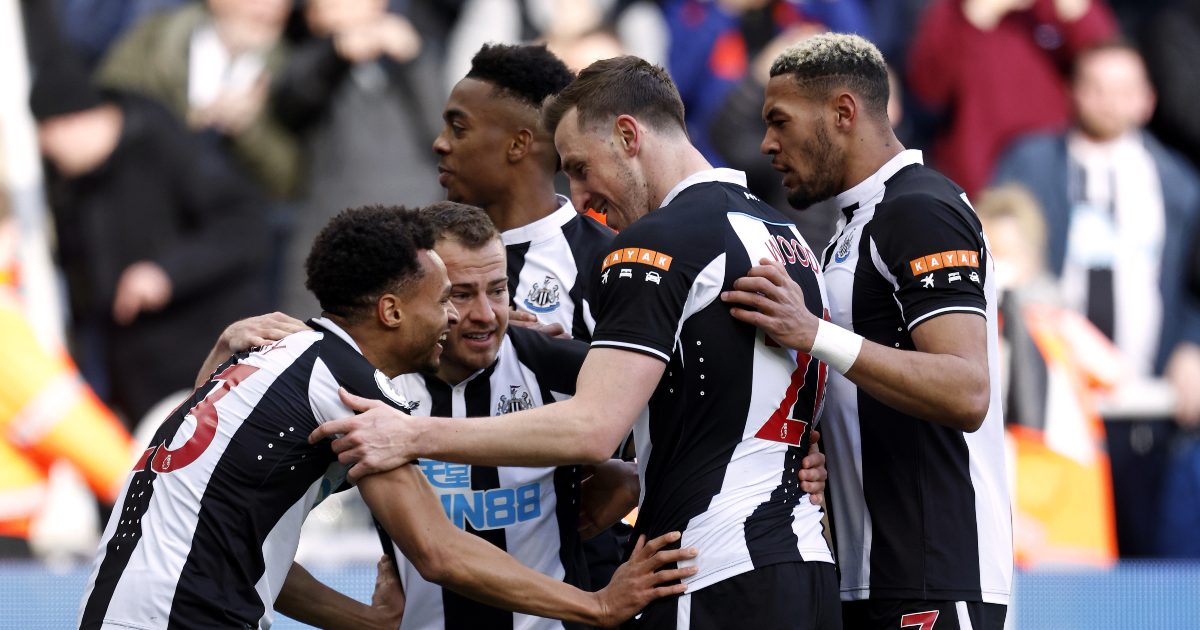 This is Newcastle’s fifth win in six in the Premier League. They had to pick up three points against the run of play against Brighton.

The Seagulls conceded twice inside the opening 14 minutes as Ryan Fraser and Fabian Schar scored.

They were the better side for much of the game and will feel they should have ended a sequence of three successive defeats rather than stretching it to four after skipper Lewis Dunk headed them back into it 10 minutes after the restart.

The visitors dominated the early exchanges and central defender Shane Duffy was twice unable to hit the target from Pascal Gross set-pieces, with Joel Veltman firing high over in the meantime.

However, Newcastle took the game by the scruff of the neck inside three devastating minutes to turn the tide.

First Chris Wood played the ball into Jacob Murphy’s path and saw him leave defender Marc Cucurella trailing in his wake before lifting a shot over Rob Sanchez, and although his attempt came back off the upright, Fraser was on hand to give the home side a 12th-minute lead.

Only two more minutes had elapsed when the Seagulls were hit again, this time when Schar climbed highest to head Fraser’s right-wing free-kick firmly past the keeper.

With Gross repeatedly finding space between the Newcastle lines to link with Danny Welbeck and Tariq Lamptey, Brighton continued to cause problems, and goalkeeper Martin Dubravka had to be at his best to prevent the former Arsenal striker from reducing the deficit after Lamptey had intercepted Joelinton’s ill-judged 29th-minute pass to Jonjo Shelvey.

However, they were unable to trouble Dubravka further and Eddie Howe’s men went in at the break with their healthy lead intact and with Dan Burn and Murphy both having passed up opportunities to add to it as time ran down.

The visitors prospered on the ball once again after the restart and Shelvey had to get in an important 49th-minute block to prevent Leandro Trossard’s shot from requiring Dubravka’s attention.

They got their reward with 10 minutes of the second half played when Dunk met another Gross corner unopposed to head home from close range, and head coach Graham Potter responded by sending on Solly March and Neal Maupay for Lamptey and Jakub Moder.

Howe swiftly introduced the fit-again Allan Saint-Maximin in a bid to introduce fresh forward thrust, but with the Seagulls using full-back Cucurella to target Emil Krafth, it was they who continued to pose the greater threat.

Dubravka had to turn away Dunk’s looping 71st-minute header and field Trossard’s snapshot with 10 minutes remaining as he and his defenders found themselves under siege, but managed to hold out.