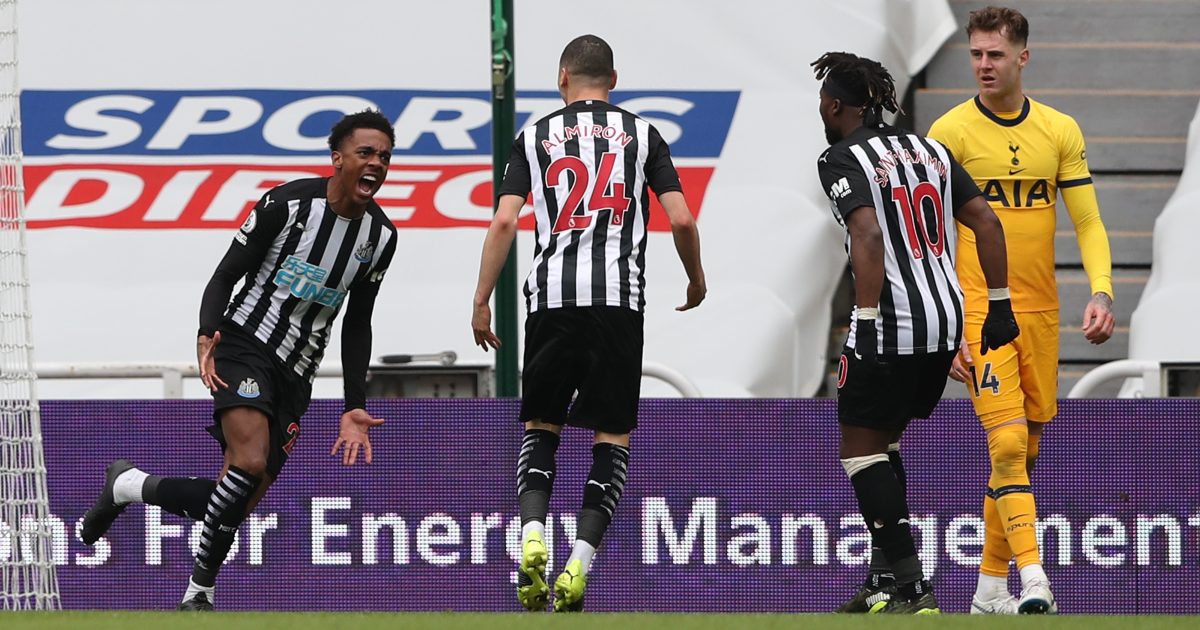 Harry Kane’s double looked to have handed Spurs a sixth win at St James’ Park in seven visits when he struck twice inside four first-half minutes after Joelinton’s opener with his 28th and 29th goals of the season.

However, Steve Bruce’s beleaguered side turned in a gritty display which was rewarded when, seconds after Kane had hit the post, Arsenal loanee Willock smashed home an 85th-minute equaliser to claim a 2-2 draw and a point which could prove crucial in the fight for top-flight survival.

OPINION: Haaland a no-go? Danny Ings is a no-brainer

Bruce’s starting line-up raised eyebrows as Matt Ritchie was included among five changes for the first time since his training ground bust-up with the head coach, while there was a seat on the bench for Allan Saint-Maximin following his recovery from a groin injury, although not for leading scorer Callum Wilson.

In a lively start, Sean Longstaff and Joelinton both called upon keeper Hugo Lloris in quick succession, while at the other end, Lucas Moura whistled a free-kick across Martin Dubravka’s goal and Kane drilled a second into the defensive wall.

Dubravka had to stand tall to beat away Kane’s eighth-minute effort from a tight angle after the striker had skipped past defender Emil Krafth, but Dwight Gayle saw a header from Jacob Murphy’s cross inadvertently deflected behind by Japhet Tanganga.

The Magpies should have taken a 19th-minute lead when Gayle met Jonjo Shelvey’s cross unopposed only to see Lloris claw away his header and then recover in time to block his follow-up.

They did go ahead with 28 minutes gone when Ritchie picked up possession down the left and fed Longstaff, whose pass was perfectly-weighted for Joelinton to score his first league goal since November 27.

It was then that Kane stepped up to restore order, stabbing home from close range after Krafth had diverted the ball into his path as he tried to cut out Giovani Lo Celso’s driven cross on the half-hour, and then beating Dubravka with a flourish after being played through deftly by Tanguy Ndombele four minutes later.

The Magpies spent much of the second half on the front foot, although without troubling the visitors, with Spurs attempting to respond on the counter.

Miguel Almiron cleared Tanganga’s 67th-minute header off the line after Dubravka had failed to get a meaningful punch to Lo Celso’s corner.

Joelinton passed up a glorious opportunity to equalise with 20 minutes remaining when he controlled Krafth’s cross at the far post, but sent his shot wide, prompting Bruce to introduce Saint-Maximin.

Willock followed as the Magpies’ boss looked for fresh impetus, a move which saw midfielder Shelvey move to the heart of the back three, but Kane was only denied his hat-trick by the upright with five minutes remaining.

However, Willock chose the perfect moment to score his first goal since his debut when he fired home off the underside of the crossbar after Lloris had palmed away Almiron’s point-blank header.