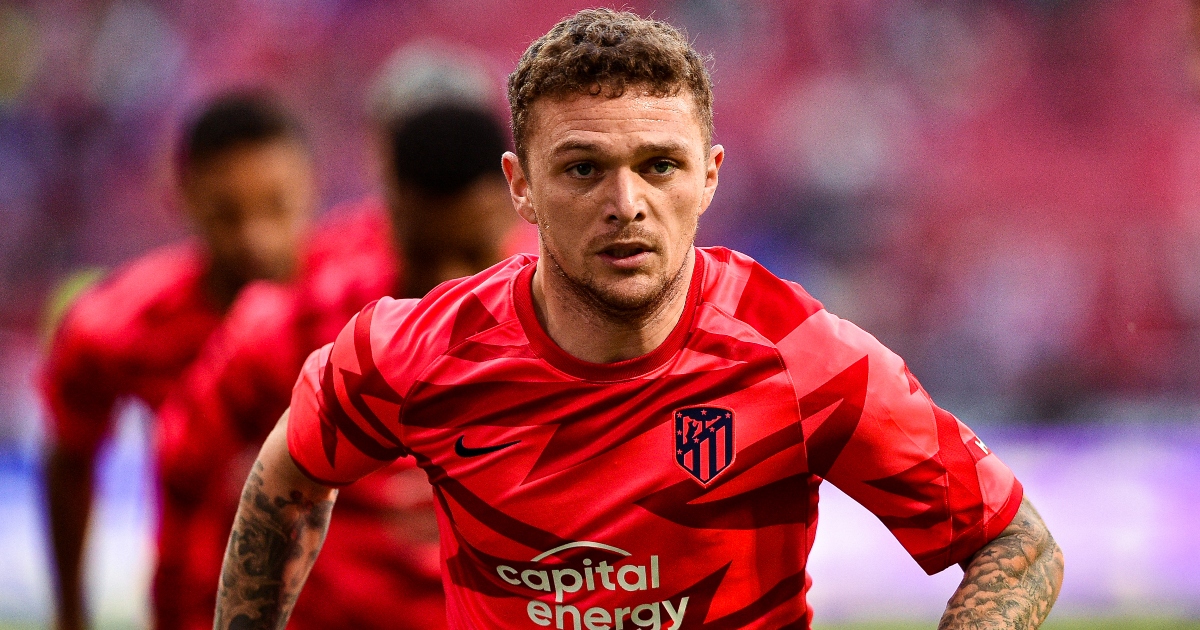 Newcastle have ‘agreed a fee’ for Atletico Madrid and England right-back Kieran Trippier, according to reports.

Trippier joined Atletico from Tottenham in July 2019 and has made over 80 appearances for the Spanish outfit.

He helped the Colchoneros lift the La Liga title last term. He also played five matches for England at Euro 2020 as they reached the final of the competition.

The 31-year-old was heavily linked with a move to Manchester United last summer, however, Newcastle have wasted little time in securing a deal this month.

Trippier will join the Magpies for ‘around £12m plus add ons’, according to Sky Sports journalist Keith Downie.

Downie wrote on Twitter: ‘Newcastle United have agreed a fee with Atletico Madrid for Kieran Trippier. The deal is for around £12m plus add-ons.

‘The England international is set to travel to Tyneside for his medical and become the first signing of the Saudi-backed regime.’

BREAKING: Newcastle United have agreed a fee with Atletico Madrid for Kieran Trippier. The deal is for around £12m plus add-ons. The England international is set to travel to Tyneside for his medical and become the first signing of the Saudi-backed regime #NUFC w/@PeteGravesTV

This update was backed up by renowned transfer journalist Fabrizio Romano, who wrote: ‘Kieran Trippier’s set to join Newcastle from Atletico Madrid as expected, done deal and here-we-go.’

Meanwhile, Newcastle-linked Philippe Coutinho wants to leave Barcelona as soon as possible with Arsenal his top choice, according to reports in Spain.

Arsenal, Tottenham, Flamengo and Newcastle United are the main clubs to have been linked with Coutinho in recent months as he looks to leave Barcelona.

And now Cadena Ser journalist Bruno Alemany, speaking to Què T’hi Jugues, claims that Coutinho is demanding a Barcelona exit ‘now’ in an attempt to ‘play more’ and help his chances of being selected for Brazil at the 2022 World Cup.

‘Sources close’ to the former Liverpool attacker insist that there are ‘two teams interested’ in him: Premier League sides Arsenal and Newcastle.

Alemany adds that Coutinho ‘would choose Arsenal’ if given the choice as he looks set to leave Barcelona – who are keen to get the Brazilian’s huge wages off their books – in the January transfer window.