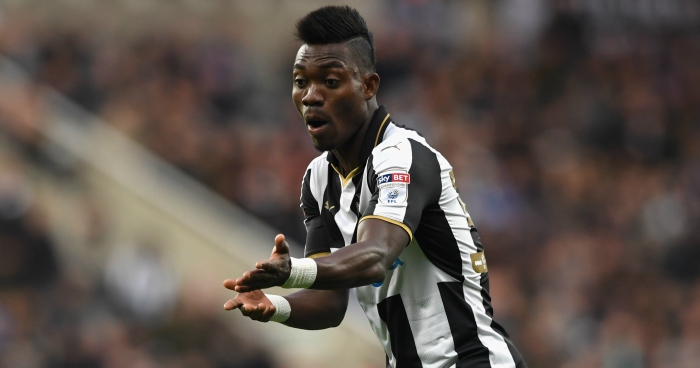 Newcastle boss Rafael Benitez is closing in on his first signing for life back in the Premier League after agreeing a fee with Chelsea for winger Christian Atsu.

Press Association Sport understands that the two clubs have reached agreement on a deal which would cost the Magpies in the region of £6million for the 25-year-old Ghana international midfielder after the promoted club took up an option to make the player’s loan move permanent.

However, it is understood that there is still a distance to go before the transfer is completed.

Atsu made 32 league appearances and scored five goals for Newcastle this season either side of a trip to the African Nations Cup with his country, who lost to eventual winners Cameroon in the semi-finals.

He took time to settle into life in the Sky Bet Championship, but made a significant impact towards the end of the campaign as the Magpies staged a late fightback to snatch the title from Brighton’s grasp.

He scored in the 4-1 victory over Preston which secured promotion and again in a 2-0 win at Cardiff four days later which set the stage for a dramatic final day.

Atsu joined Chelsea in a £3.5million switch from Porto during the summer of 2013 and has since had loan spells at Vitesse Arnhem, Everton, Bournemouth and Malaga as well as St James’ Park.

Benitez and managing director Lee Charnley, who have been told by owner Mike Ashley that they can spend “every last penny” the club generates through promotion and player sales minus running costs, are keen to have their business done early as they prepare for the challenge of establishing the club back in the top flight.

Atsu’s capture would represent a good start with the current campaign still ongoing and would signal the start of a concerted recruitment drive with the Spaniard in no doubt that his squad needs to be much stronger.