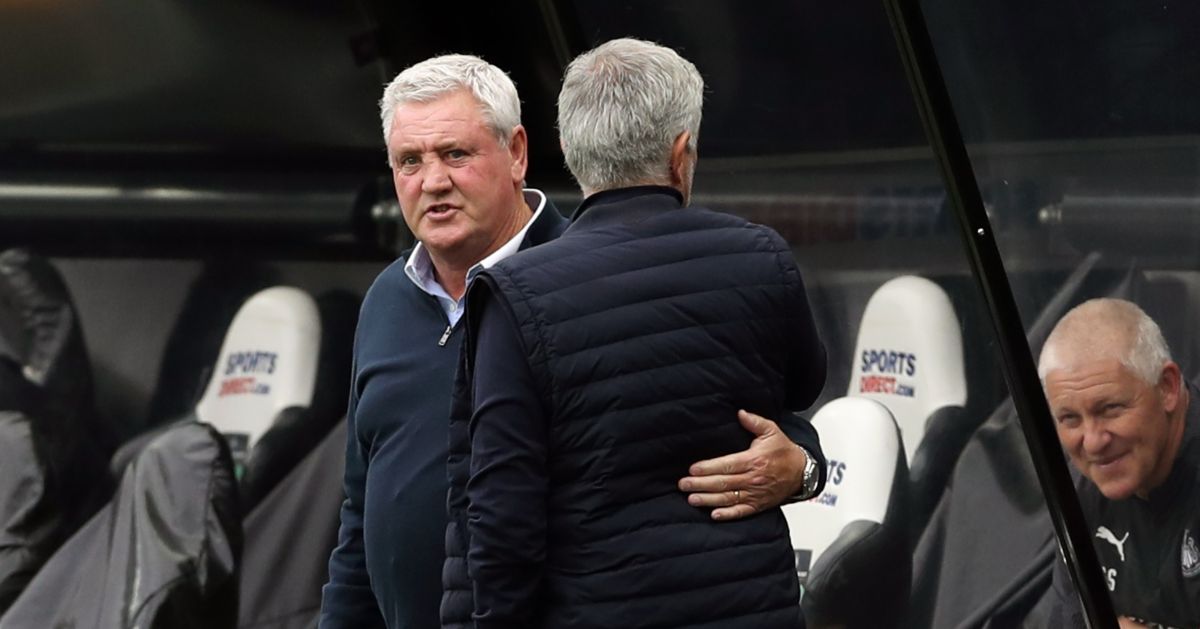 If misery loves company then this weekend’s clash between Newcastle and Tottenham should be the game where the absence of fans is most keenly felt.

A fans’ survey in The Athletic this week revealed that these are the two teams whose managers have the lowest satisfaction rating. If that in itself is not particularly surprising, it was something to see the numbers – albeit slightly arbitrary ones – there for all to see.

The question from The Athletic was whether you would be happy if your team’s manager was still in charge a year from now. There were five options – always the same – very much so, to some extent, not at all, don’t know, not really. But there were five options, with the most enthusiastic getting five points and the least enthusiastic one point. These were added up for each team, and then the average multiplied by 20 to get a score out of 100.

Got that? Good, because it’s not quite as simple as saying Newcastle fans’ mark for Bruce of 25.41 meaning that a quarter of their fans are happy with him. It means the average mark he got was 1.27. It means he is pretty strikingly unpopular. He’s also miles behind even Jose Mourinho, who scores 45.68 – just behind Sam Allardyce. Which tells you a bit about Mourinho but also something about Spurs and West Brom fans.

It’s also an interesting question. It’s not are you happy now, but would you be happy in a year. There are certain assumptions built into that. While Daniel Levy is still apparently fully committed to his favourite manager and Mike Ashley seems almost wilfully determined to do whatever Newcastle fans want least, there is at least a hint of something there. Some sort of achievement that will keep those managers in place for another 12 months.

For Spurs, that might well mean they’ve won a first trophy in 13 years and/or finished in the top four. For Newcastle it means relegation has been avoided, or at least delayed for another year. And yet those fans still won’t be happy.

That’s worth remembering when those fanbases are dismissed as being deluded or wanting the moon on a stick.

Both Newcastle and Tottenham have served up some dreadful fare this season, allowing for the levels at which they operate. The issue for both is that the only currency that leaves is results. If the results are good, you’ll carry a few more people with you. But once results go south, there is nothing left.

Mourinho, it seems, has now decisively lost that battle with Spurs fans. Because thanks to a couple of much better performances and a kind fixture list – one which continues into this game, let’s be frank – they are in fact one of the Premier League’s form sides. They’ve gone out of Europe in pitiful and shambolic fashion and given up a North London Derby with barely a whimper (Erik Lamela excepted) but have also now won four out of their last five league games. You’re still thinking about the bad news, aren’t you?

That both managers may well survive this season and even into next tells you something about their bosses but also something about the nature of fan-free football. We’ve all now got used to the tarp-covered sterility of empty stadiums and there’s no doubt some players and managers will much prefer things this way.

This game is one that should really show us what we’re missing, though. By definition one or both of these teams is going to have a(nother) bad day. With fans in the ground to make their feelings known, it would be far harder for both managers to persist with their preference for the drab. And far harder for owners and chairman to convince themselves all is well.

The Misery Derby should still be bleak enough on Sunday. But it could have been something even more special with 50,000 assorted unhappy fans in the stands.