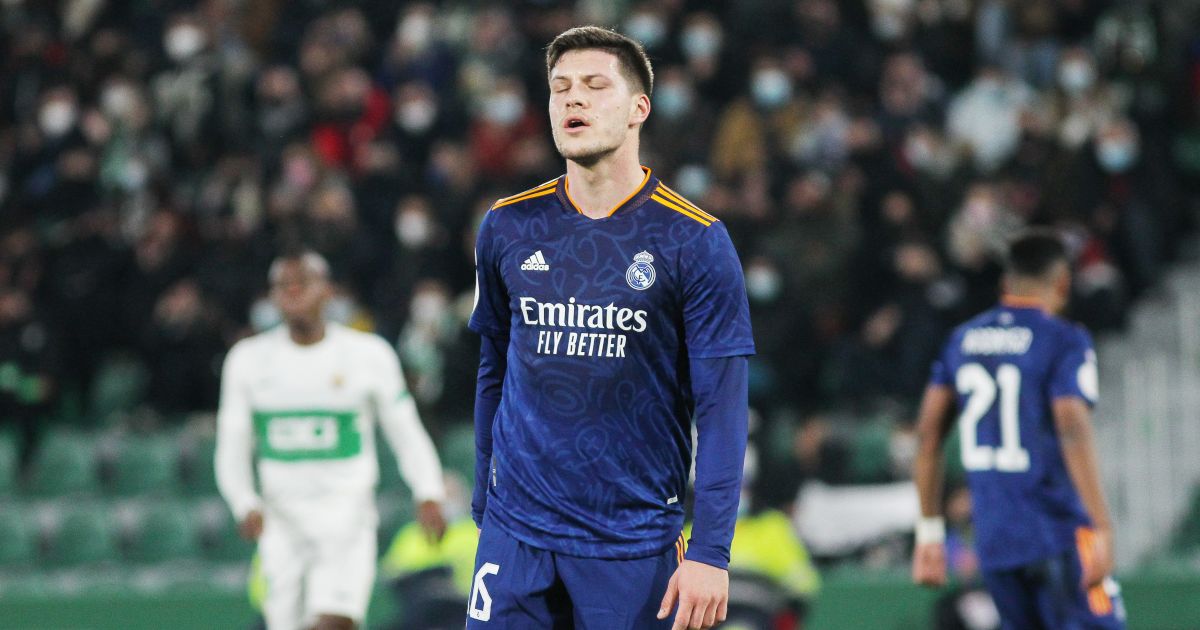 Arsenal and Newcastle United will have to turn their focus elsewhere with Real Madrid refusing to allow Luka Jovic to leave in January, according to reports.

Since then he has only scored three times in 47 appearances for the La Liga giants – returning to Frankfurt on loan last season.

Arsenal are struggling for strikers with Pierre-Emerick Aubameyang stripped of the captaincy in December and left out of any matches since, while Alexandre Lacazette and Eddie Nketiah are out of contract at the end of the season.

Newcastle, meanwhile, have only bagged 21 goals in 21 matches this season with star striker Callum Wilson suffering with injuries all campaign.

The Magpies have already brought in Chris Wood from Burnley after triggering his release clause in his contract at Turf Moor and have been linked with numerous other strikers.

Real Madrid striker Jovic is one player who both Arsenal and Newcastle are reportedly keen on – but it now looks likely he will remain at the Bernabeu until at least the end of the season.

Spanish publication Nacional insist that Newcastle and Arsenal have both ‘asked about Jovic’ but that Real Madrid president Florentino Perez has ‘closed the exit door’ for the Serbian.

That’s because leading striker Karim Benzema has been letting off ‘alarms’ all season with the France international picking up little niggling injuries.

Jovic, who has also been linked with Liverpool, is Madrid’s main back-up if Benzema gets injured and Carlo Ancelotti ‘wants to have him in his ranks as a substitute’ in case Benzema picks up any knocks.

Newcastle were recently priced out of a deal for Sevilla centre-back Diego Carlos over the club’s huge demands and former Premier League manager Alex McLeish understands their cautious approach to some deals.

McLeish told Football Insider: “You can kind of understand the strategy. There will be, in the back of their minds, that they could go down. You would think that a couple of quality players can help them escape the relegation zone.

“But if they do go down, then it looks like a financial strategy where they say: ‘We’re down but we’re definitely good enough to come back up.’ That Championship is frightening and very unpredictable.

“But you would think they would have the quality to come straight back up. Then the masterplan would probably take place.”