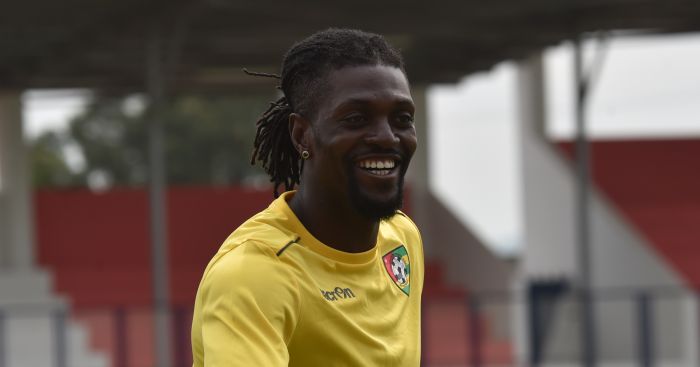 The Togo international spent 10 years in the Premier League with a host of clubs, scoring 97 goals in 242 appearances.

Since then, Adebayor has spent time in Turkey with Istanbul Basaksehir and Kayserispor, leaving the latter in December last year having agreed a one-year deal in the summer.

And now the 35-year-old is targeting another chance to play in the English top flight as he targets Premier League records.

A friend told the Sun how Adebayor is keen to surpass Didier Drogba as the highest African scorer in the league.

They said: “He has 97 goals and is keen to reach 100 Premier League goals.

Aston Villa, Newcastle and Brighton are understood to be the three sides interested in Adebayor.

The trio are all gearing up for a dramatic second half of the season in which they will look to ensure they avoid relegation to the Championship.