Home All The News Newcastle bid for £20m PL star will ‘persuade’ ASM, Bruce to stay 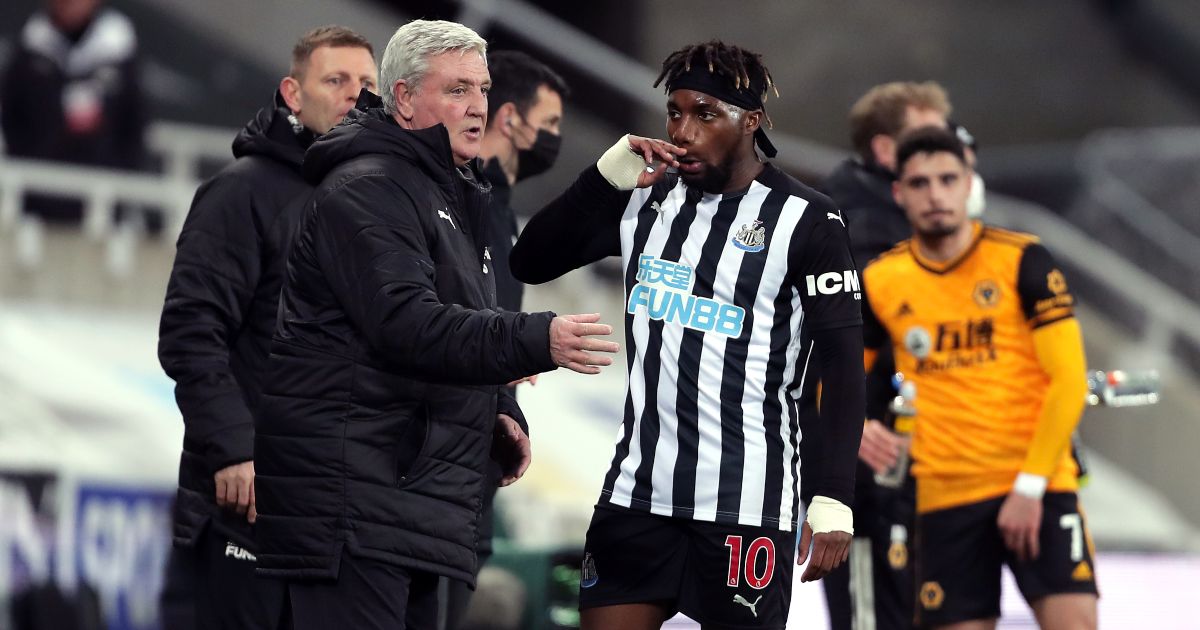 Newcastle United will make a bid for Joe Willock in the hope it will also convince Allan Saint-Maximin and Steve Bruce to stay at the club, according to reports.

The 21-year-old Arsenal midfielder scored his sixth goal in as many Premier League games for the Magpies in Wednesday’s 1-0 win over relegated Sheffield United, taking his tally to seven since he arrived at St James’ Park in January.

If that does not win him a role in Arsenal boss Mikel Arteta’s plans for next season, Newcastle will be at the top of what is sure to be a growing list of suitors.

Bruce has already signalled his intention to have a conversation with the Gunners about the player’s future and Willock has indicated he will listen to what the Tyneside club has to say.

Asked what message he had for fans who implored him to stay during and after the game, Willock told NUFC TV: “I want to say thank you for making me feel so welcome and thank you for greeting me with open arms.

“I hope you’re satisfied with what I’ve given for the club so far and hopefully there’s more to continue in the future. I’m not going to promise anything, but the conversation is going to be held.”

And now the Daily Telegraph claims that Newcastle ‘will make an offer and if they can sign the popular Willock it should persuade Allan Saint-Maximin to stay.’

The Magpies are ‘increasingly confident the player is ready to leave London’ this summer while ‘Arsenal are open to the idea of selling the England Under-21 international in order to fund their pursuit of Real Madrid’s Martin Odegaard.’

Willock is described as a ‘popular member of the dressing room’ at Newcastle and his arrival would go a long way to ‘help dissuade’ Saint-Maximin and Bruce from leaving.

The Magpies are ‘understood to be ready to put together the money to sign’ Willock  – whose asking price is likely to be around £20m – with Bruce making him his ‘number one priority’ in the summer transfer window.

Owner Mike Ashley is the only person who could stand in the way of a possible deal with the club’s current transfer budget thought to be ‘almost non-existent’.

The Daily Telegraph adds that Bruce ‘could walk away’ if he doesn’t get a budget to sign players capable of moving Newcastle into the top half next season.