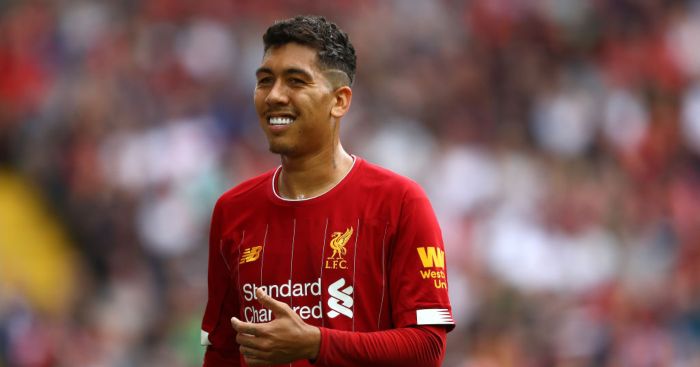 Firmino started on the bench for Liverpool in their weekend win over Newcastle but came on midway through the first half to completely change the game’s complexion.

He replaced the injured Divock Origi in the 37th minute with the scores level, and played a crucial role in Sadio Mane’s goal to make it 2-1.

His sublime backheel then played in Mohamed Salah to make it 3-1 in the second half and maintain Liverpool’s perfect record.

“He’s one that drifts into that little area and he naturally does it, where it’s so difficult for defenders to go,” said Bruce. “And his attitude and work-rate, it’s so important.

“Of course, their front three are as good as you are going to play against as a threat to you. The way they play with the intensity, the full-backs are only young and the delivery and presence they bring to the box you can see why they are champions of Europe.

“Cantona is as good a player as I’ve ever seen. I haven’t seen Firmino week in week out like that, but just when you see him here and what he gives them, it’s a perfect balance. And Cantona gave us that.

“Back in the day, we had Giggs and Kanchelskis who had frightening pace and stretched sides so much like Liverpool’s two, and Cantona dropped into that hole and people couldn’t get anywhere near them. That’s what you see with Firmino.

“Firmino is the one that drops in, but the pace of the other two is frightening, he drops in and the other two are running over your shoulder.

“When you work against them, and try to negate them, then you see why they haven’t lost for two years here.”