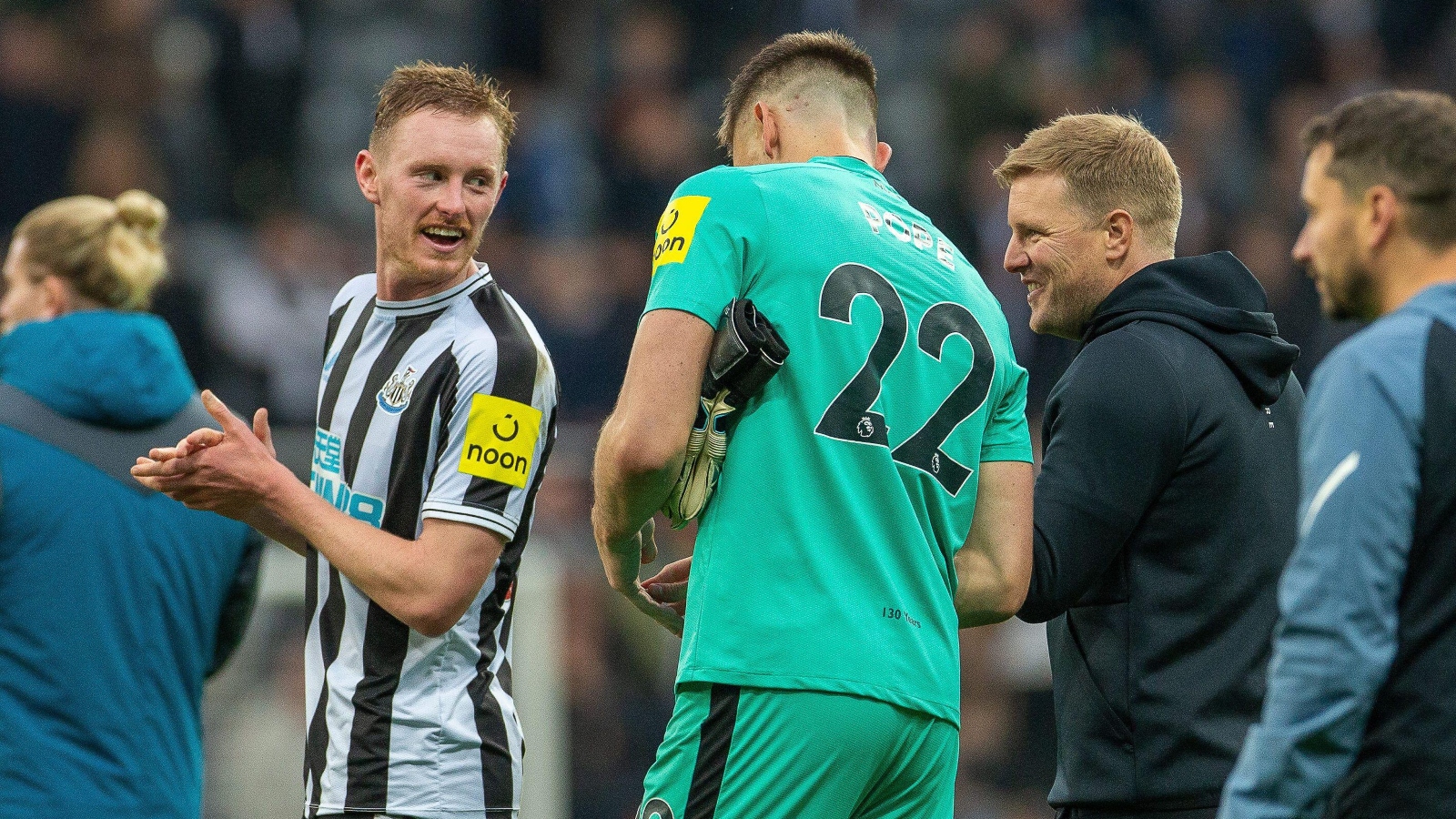 With Gareth Southgate preparing to name his England squad for the World Cup, Newcastle head coach Eddie Howe was high in praise of goalkeeper Nick Pope.

The 30-year-old, a £10million summer signing from Burnley, saved spot-kicks from Luka Milivojevic, Jean-Philippe Mateta and Malcolm Ebiowei as the Magpies progressed to the last 16 in the Carabao Cup courtesy of a 3-2 shoot-out win after the 90 minutes at St James’ Park had ended goalless.

Pope is widely expected to be included in Southgate’s squad when it is announced on Thursday, and his performance will not have gone unnoticed after he also produced a fine first-half stop to deny Mateta.

Head coach Howe said: “I’ve got to say the first penalty save, I thought, was right out of the top drawer.

“There was actually a save in the first half that again I thought was right out of the top drawer as well, so it wasn’t just in the penalty shoot-out.

“But he’s been doing that for us all season. He’s a very commanding figure, but he’s kept goal with such low fuss, it sort of goes unnoticed what a difference he’s made.”

Full-back Kieran Trippier and striker Callum Wilson also have high hopes of making the trip to Qatar with England.

Asked how proud that would make him, Howe replied: “We want to develop players and progress their careers, so playing in World Cups is very, very important to all the international players, not just the English guys.

“We’re very proud of our internationals regardless of who they play for.

“We’re keeping our fingers crossed for all of them tomorrow and I hope they can make it.”

On the night, Newcastle were far from their fluent best after Howe made eight changes and although they improved with the introduction of substitutes Trippier, Sven Botman, Bruno Guimaraes, Joe Willock and Miguel Almiron, they could not find a winner in normal time.

However, Chris Wood, Trippier and Joelinton converted their first three spot-kicks and, although Botman and Guimaraes both missed, Pope ensured they progressed with just a third shoot-out win in 13 attempts.

Howe said: “It’s really good to get through however you get through. You’d prefer to do it in normal time, but if it’s a penalty shoot-out, you’ve still got to find a way and we’re indebted to Nick with some great saves.”

Palace boss Patrick Vieira also shuffled his pack and saw his side go toe-to-toe with the misfiring Magpies before succumbing in heartbreaking fashion.

Vieira said: “It’s a tough one, of course. When you lose a cup game it’s not easy and of course it’s difficult to accept. But we’re out of the cup and we just have to trail back home.

“When after 90 minutes it’s 0-0 and you go to a penalty shoot-out, the difference, of course, is the experience, the calmness of the players.

“It’s about making those changes that can have an impact on the penalties as well.”

READ NOW: Boycotting the World Cup? What’s the best ‘other’ live football on TV you can watch every day?