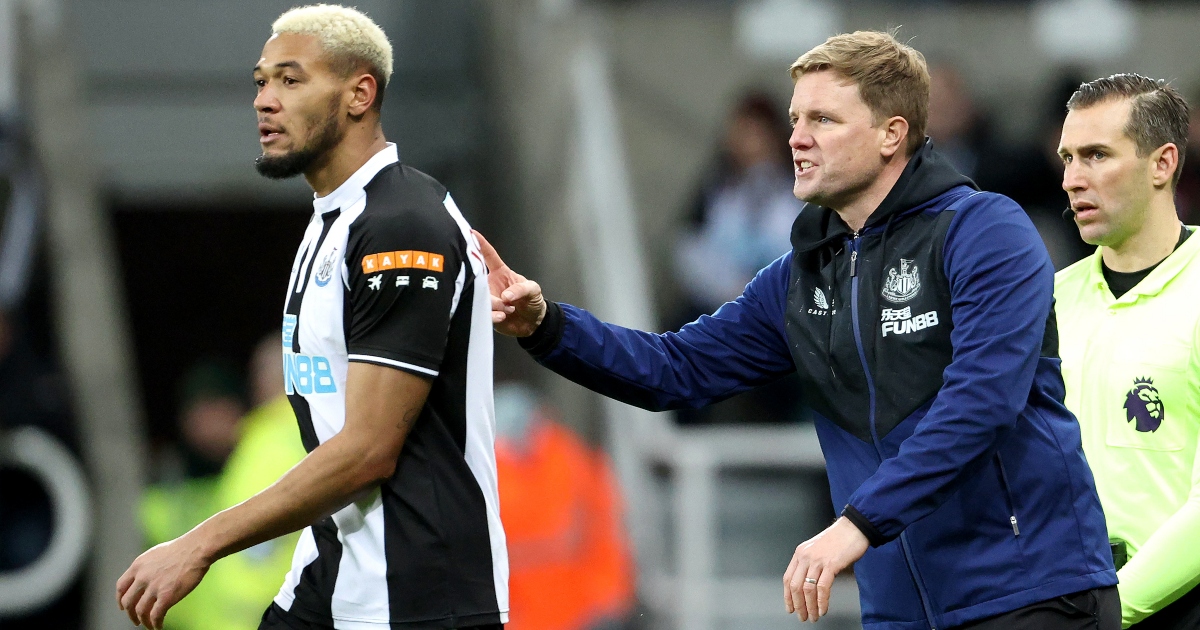 Newcastle United head coach Eddie Howe has heaped praise on Joelinton’s transformation from a misfiring striker to a box-to-box midfielder.

The Brazilian looked set to become one of the Premier League’s biggest flops after failing to fire in front of goal following his £40million switch from Hoffenheim in 2019.

But Howe’s decision to pull Joelinton back into the centre of the pitch already looks an inspired one, and the 25-year-old capped another eye-catching display with the opening goal in Saturday’s crucial 2-0 win at Brentford.

“The biggest compliment I can pay him is that he hasn’t made it look difficult and hasn’t required too much information from me,” said Howe.

Brentford lost Josh Dasilva to an early red card after he inadvertently caught Matt Targett on the shin with his studs, and Joe Willock added the second goal just before half-time.

The return of Christian Eriksen, 259 days after he suffered a cardiac arrest on the pitch at Euro 2020, ultimately transcended the result, but these are worrying times for the Bees who are plummeting down the table after seven defeats in eight matches.

“Playing 10 against 11 for 80 plus minutes is just tough, but we’ve got to keep working hard and showing togetherness and it will turn around.”