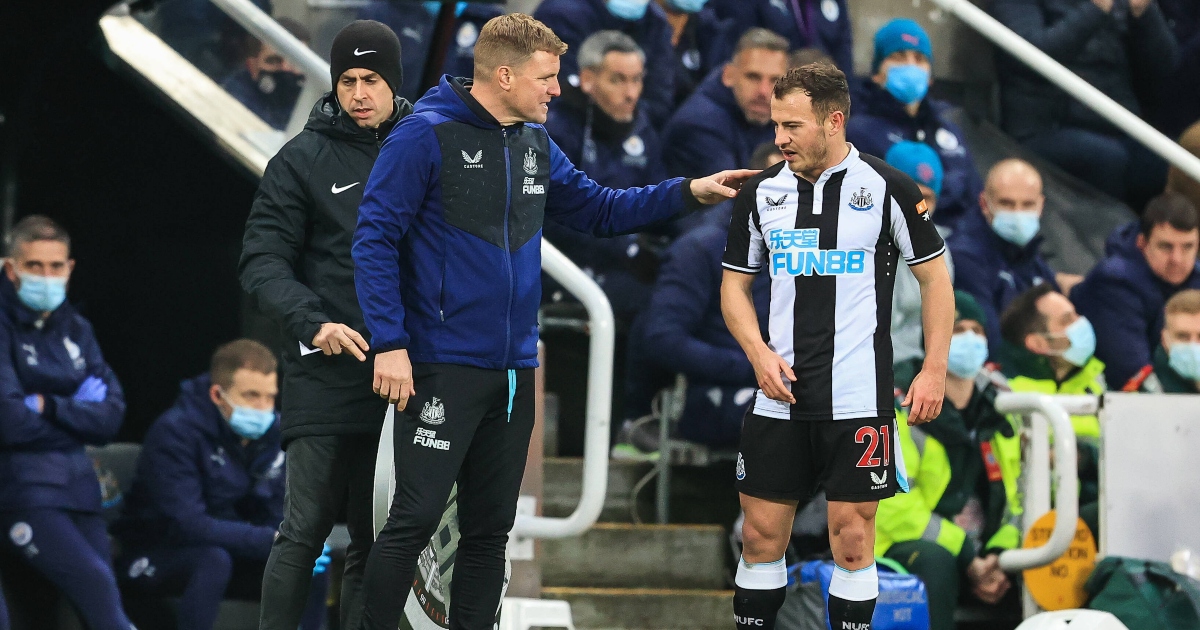 Eddie Howe admits he is “confused” by the use of VAR amid a feeling of injustice at a series of decisions going against Newcastle United.

The Magpies have been denied penalties at key moments in each of their last two games and conceded a contentious equaliser at Liverpool with midfielder Isaac Hayden lying prone in the box.

Howe’s men had taken a shock lead at Anfield when Diogo Jota levelled after referee Mike Dean had allowed play to continue with Hayden lying inside the penalty area having apparently suffered a head injury.

Newcastle went on to lose 3-1 with midfielder Ryan Fraser later seeing penalty appeals waved away after he had gone down under Trent Alexander-Arnold’s challenge.

Fraser was the man on the receiving end once again on Sunday when he was taken out by Manchester City goalkeeper Ederson at St James’ Park – although not in the opinion of match official Martin Atkinson – with the home side already trailing 2-0 and on their way to a 4-0 defeat.

Asked about the use of VAR, Howe said: “I don’t see it effectively intervening as much as it did in the early stages in a positive way, and I feel that’s definitely affected us in recent games, where especially looking at Ryan Fraser’s incident against Manchester City, you think VAR has to come in.

“That’s the job. If the referee doesn’t see it for whatever reason, then he gets help.

“There’s been definitely a feeling of injustice, I can sense that among the group, I think there’s been disbelief at a few things in the games that have gone against us.

“But it’s very much a case of looking to the future and just trying to educate ourselves on why certain things haven’t happened and the use of VAR, which I think has definitely been contentious as far as we’ve been concerned, definitely.”