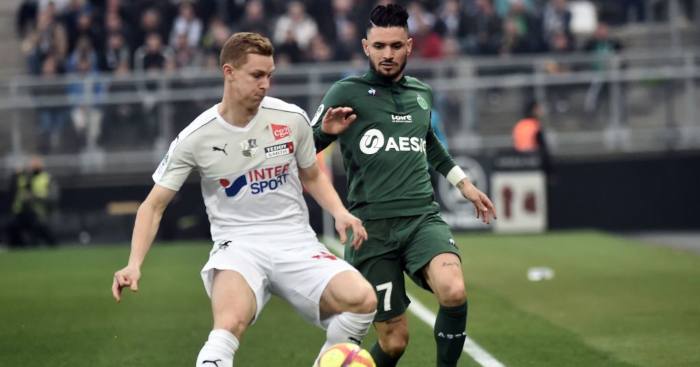 The 25-year-old has signed an initial four-year deal after the two clubs agreed a fee understood to be in the region of £5million.

Krafth, who played his part as Sweden reached the 2018 World Cup quarter-finals in Russia, made 35 Ligue 1 appearances for Amiens on loan last season before completing a permanent move earlier this summer, but the Magpies have now handed him the chance to play Premier League football.

The defender told NUFC TV: “It feels really good. It’s been a busy couple of days, but finally I’m here. I’m very happy to sign for Newcastle and I can’t wait to start training with the guys.

“When a Premier League team wants to sign you, of course you are happy. I know Newcastle is a big club, so I’m very happy to sign here and to be here right now.

“It’s a good moment in my career to take a step forward. The plans Newcastle had for me, I felt like they were fitting me perfectly, so that was why I chose Newcastle.”

Krafth began his career at Lagans AIK and has spells with Osters IF and Helsingborgs before moving to Italy with Bologna.

He will compete with DeAndre Yedlin and Javier Manquillo for the right-back spot at St James’ Park.

“He turned 25 last week and has great experience, with more than 20 caps for Sweden and having played in the top flight in three different countries.

“He’s a good height for a full-back, speaks excellent English and is a very good player. He’s a really good acquisition.”

Krafth follows Joelinton, Allan Saint-Maximin and Jetro Willems to Tyneside this summer as Bruce attempts to rebuild the squad he inherited from predecessor Rafael Benitez amid a backlash from fans planning to boycott Sunday’s opening fixture against Arsenal.