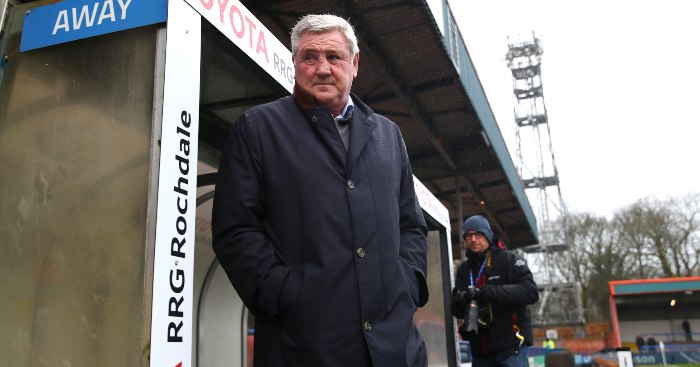 Steve Bruce has called for a “Festival of Football” to complete the Premier League season, with games played every day for a month.

But the Newcastle boss also stressed the importance of not rushing players back just so the country has a distraction during the coronavirus pandemic.

Bruce told The Telegraph: “We have to try and get this season finished, whatever that takes.

“Everybody wants that. But we must also remember that the health and safety of players and staff is far more important than football. We should not return to training until it is absolutely safe to do so.

He continued: “I am a little wary of it being rushed. At the moment, at Newcastle, we have a plan in place to return in the middle of next month, but we still have no idea if that will be possible. And if isn’t, because there is a chance players and staff, and therefore their families, could become infected, we need to delay it again.

“I know people miss football, it’s only been two weeks, I know I am and all the managers I speak to say the same thing, but this is not about football.”

While Bruce admits everyone’s health is a top priority, the best way to finish this season would be to have an intense ‘Festival of Football’ where clubs play multiple games a week.

“We can have a Festival of Football month, games every day, teams playing two or three games a week,” he said.

“It’s not ideal, but if we can play 10 to 15 games in December and the start of January, we can do it to get this season finished.

“It probably means the start of next season will be delayed, we’ll probably have to scrap one of the cup competitions and do without a winter break, but it can be done. Whatever, however, we will find a way.”