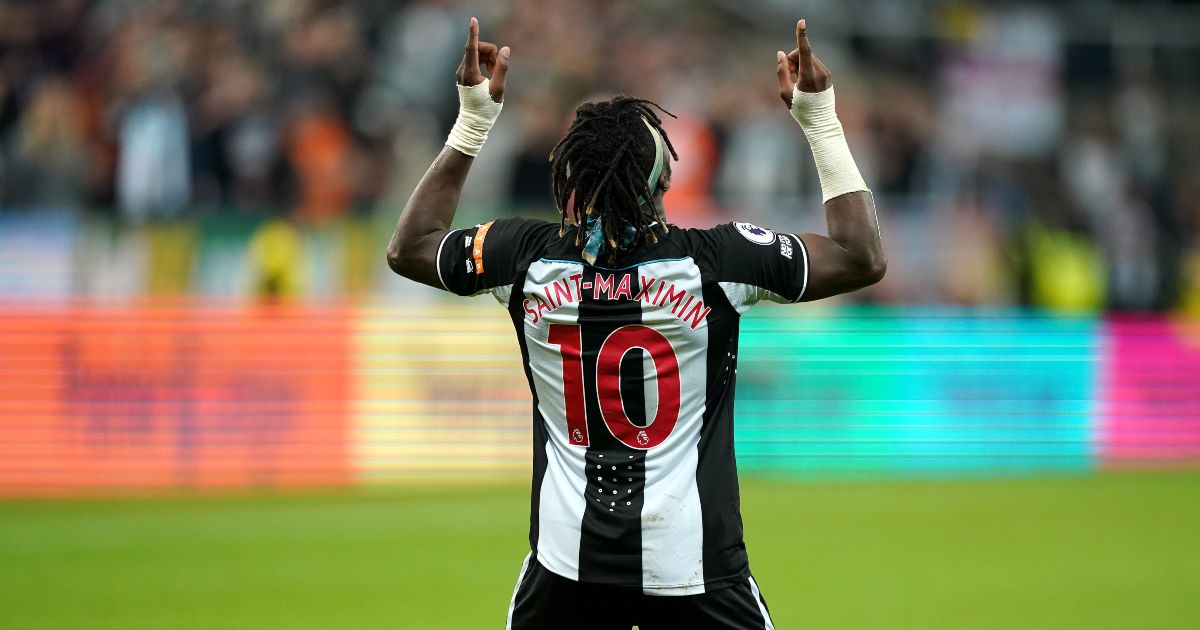 Newcastle boss Steve Bruce does not even want to think about the possibility of losing star man Allan Saint-Maximin as he targets a belated first victory of the new Premier League season.

The 24-year-old Frenchman turned in a stunning individual performance in last Friday night’s 1-1 draw with Leeds at St James’ Park, snatching a point with a brilliant equaliser and very nearly winning the game late on.

Saint-Maximin, a £16million signing from Nice during the summer of 2019, is rapidly making a name for himself after shaking off a series of injury and health problems, and that will not go unnoticed by potential suitors.

However, head coach Bruce insists he has not sought assurances over the future of a man who signed a new six-year contract barely a year after his arrival.

“For now, I’m not going to have that conversation with anybody because we want to keep our best players.”

Saint-Maximin has been the Magpies’ stand-out player so far this season, revelling in the responsibility of filling a central striking role in the absence of the injured Callum Wilson, a job he is likely to be handed once again at promoted Watford on Saturday.

📺 Steve Bruce spoke with the media earlier this morning ahead of tomorrow’s game against Watford at Vicarage Road.

He has played every minute of the league campaign to date, a rarity with fitness problems and a bout of Covid-19 having hampered his progress during his time on Tyneside, but when firing on all cylinders, he has demonstrated a thrilling ability to run with the ball at pace and make things happen both for himself and team-mates.

However, Newcastle are yet to win in six games in all competitions and Bruce knows the Frenchman cannot do it all himself.

He said: “When he walked through the door, I said he was going to get all of you off your seats, that he’d be a firm favourite. He’s playing as well as anybody can in the Premier League at the moment, and when he’s playing like this then he is a joy to watch.

“He’s something different, his pace and power and his balance, and he does things which nobody else can do in the Premier League. It’s all natural to him. Let’s hope we can get a bit more threat alongside him.”

Bruce, who was once again booed by a section of the home crowd during and after the Leeds game, has fresh selection problems this weekend with skipper Jamaal Lascelles and £25million summer signing Joe Willock sidelined by thigh and toe injuries respectively.