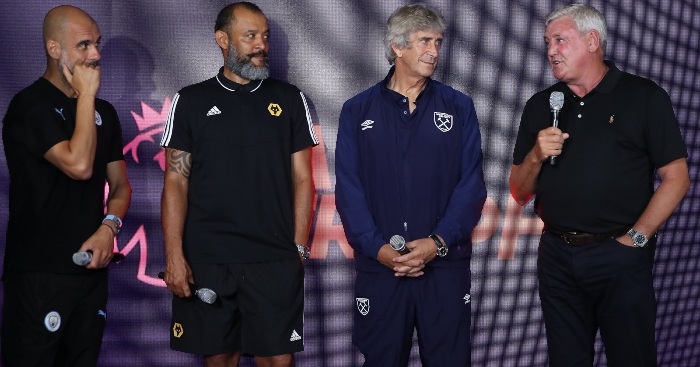 Ben Dawson claimed the impact of Steve Bruce was immediate as Newcastle won their first friendly since appointing their new manager.

Yoshinori Muto scored the only goal as the Magpies beat West Ham 1-0 in the third-place play-off of the Premier League Asia Trophy in Shanghai.

Bruce only linked up with the squad on Thursday but Dawson, who will now revert to his role as academy head after taking temporary charge of first-team matters, claimed there had been a big change.

Dawson said: “I think it was obvious the difference having a manager in place. He’s obviously given the players some focus and direction.

“He’s been able to express his expectations and the standards he wants out on the pitch to both the staff and the players.

“They’ve obviously been able to work on that the last couple of days and put in the performance they did tonight.”

It has been a troubled summer at St James’ Park after the departure of Rafael Benitez as manager, the loss of key players Ayoze Perez and Salomon Rondon, and with the continuing takeover rumours.

Bruce spoke about the need to sign new players, particularly strikers, when he addressed media on Friday but goalkeeper Martin Dubravka insists the current players also need to step up.

He said: “It has only been three days but he has been trying to describe what is his way, his style of play. Three days is not enough to know each other but we are professionals and we have to take on the responsibilities.

“We have to take risks in games and create chances. We did today. They were very well organised but that was the key.”