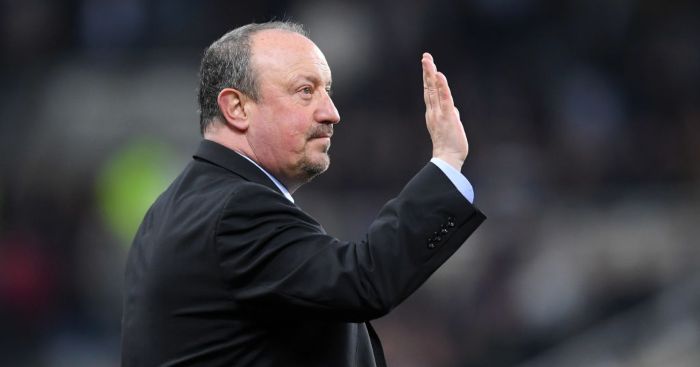 Newcastle have confirmed that manager Rafael Benitez will leave the club when his contract expires on June 30.

Reports early on Monday suggested that there was ‘no realistic prospect’ of Benitez staying beyond the end of his current deal.

The Spaniard signed a three-year contract to replace Steve McClaren in March 2016, guiding the club to Championship promotion in his first full season and Premier League safety in each of his next two.

But Newcastle were unwilling to meet the Spaniard’s pleas for more ambition in the transfer market, and announced on Monday that he will leave at the end of the week.

“It is with disappointment that we announce manager Rafael Benitez will leave Newcastle United upon the expiry of his contract on 30th June 2019,” read a statement on their official website.

“We have worked hard to extend Rafa’s contract over a significant period of time, however it has not been – and will not be – possible to reach an agreement with Rafa and his representatives.”

“We would like to thank Rafa and his coaching team for their efforts over the last three years and their significant contribution to what has been collectively achieved,” the Magpies added.

“We would also like to thank our supporters, players and staff for their patience during a period of uncertainty.

“The process to appoint a successor will now begin.”