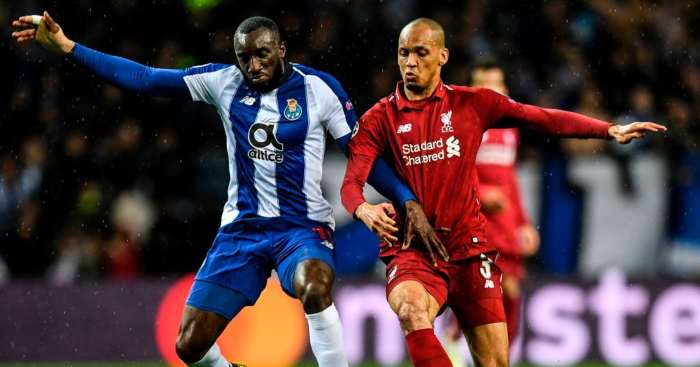 Newcastle United are prepared to bid for FC Porto forward Moussa Marega, according to reports.

Steve Bruce is currently trying to strengthen his squad in preparation for the new Premier League season, which starts on 12 September.

The Magpies have been fairly quiet so far this transfer window, however. They’ve only brought in Jeff Hendrick and Mark Gillespie, both of whom were signed for free.

Bruce now wants to sign Marega to provide support for strikers Joelinton and Dwight Gayle, according to Portuguese outlet A Bola (via The Boot Room).

Newcastle are thought to be willing to pay £13 million for the 29-year-old, which would make him their first major summer signing.

Marega could help to make the side more dangerous going forward as they’ve struggled for goals in recent seasons.

Joelinton has only managed two goals in 38 Premier League appearances since his transfer back in July 2019.

Marega is a proven goalscorer as he’s scored 60 goals in 145 games for Porto since joining the club.

He’s versatile too, as he can play in behind the striker, up front or on the right wing.

Marega currently has a £27 million release clause written into his current deal. However, Newcastle may only have to pay £13 million as he is refusing to sign a new contract.

This means Porto will want to offload the player sooner rather than later, instead of losing him on a free when his contract expires next summer.

Newcastle’s hopes of signing the Malian international will be boosted by his league preference. Marega reportedly wants a move to the Premier League in order to take the next step in his career.

So far he’s only played in France and Portugal.

Marega’s best season came in 2017/18 for Porto, when he scored 22 goals in 29 games as they won the Portuguese Primeira Liga.

Newcastle fans will be hopeful that a deal can be reached in the coming weeks. The club is also interested in taking Liverpool youngster Rhian Brewster on loan.