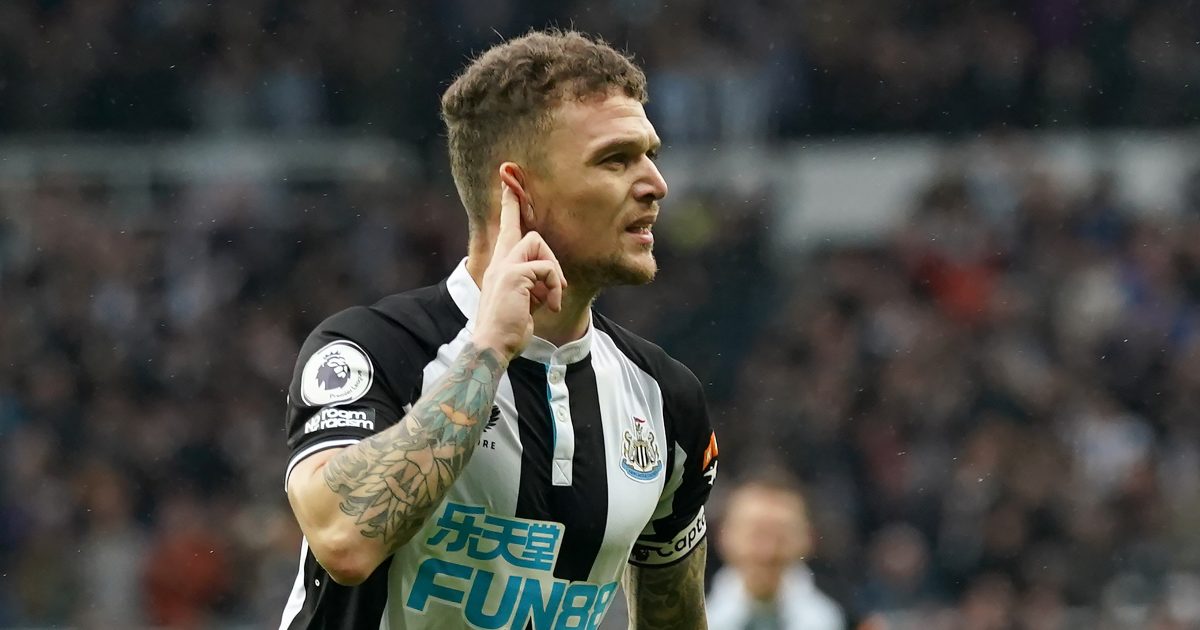 Newcastle United have been dealt a huge blow as Kieran Trippier is set to undergo surgery on his broken foot, according to reports.

The defender was Newcastle’s first signing during the January transfer window. He helped Atletico Madrid win La Liga in 2020/21 and he has previously had spells at Tottenham and Burnley.

Trippier has started Newcastle’s last four games in the Premier League. They have three wins and a draw from these fixtures.

The full-back scored free-kicks against Everton and Aston Villa as he helped his side earn all three points.

He was their captain against Villa but he was taken off in the 48th minute. Newcastle have confirmed that he has suffered a break in his foot: “Trippier underwent an X-ray immediately after the game and scans have shown a fracture to the fifth metatarsal bone in his left foot”.

The Athletic are reporting that the player will ‘undergo surgery this week’ as he looks to return as soon as possible.

Elsewhere, Mexico legend Rafael Marquez has claimed that he had an offer on the table from Premier League side Newcastle United during his time at Monaco.

The 42-year-old – who is now the youth team boss of Spanish fifth-tier side Alcala – is the third most capped player in the history of the Mexico national team after playing 147 times for El Tri.

And now the former centre-back has revealed that during his time at Monaco – where he won the Ligue 1 title – he was approached by Newcastle, who put an offer in for him.

Marquez told TUDN, on their podcast La Pelota Al Que Sabe: “More than any other club, perhaps another league, at the beginning, when I was in Monaco in my first year, I had an offer from Newcastle. But it was not the league that it is today.

“The league has improved since. I think today it is the best. Maybe I would have liked to play in an important team of the Premier League.”