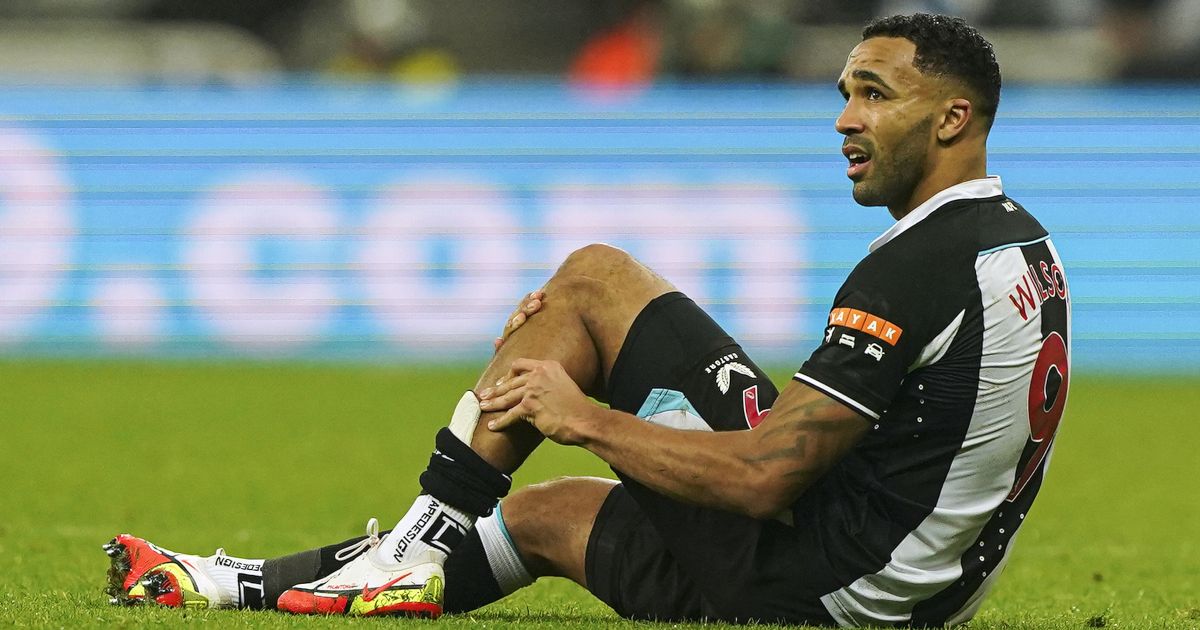 Newcastle United’s Premier League survival hopes have been dealt a major blow after it emerged that striker Callum Wilson may be missing until the final few games of the campaign.

The 29-year-old, who has scored six goals far this season, was expected to be sidelined for around eight weeks by the calf injury he suffered during the 1-1 draw with Manchester United on December 27.

However, head coach Eddie Howe has admitted his £20million man might be missing for significantly longer.

Speaking at his pre-match press conference ahead of Tuesday evening’s crunch clash with Everton at St James’ Park, Howe said: “It’s been slow progress for him since the initial injury. He was recently on crutches – I think he’s come off those crutches now and is walking normally, which is a big step.

“But you can see by that update that I’m giving you it’s quite slow, so we all wish Callum to come back as quickly as possible, but when he comes back, he’s got to be fit and ready to give his best, so we’re helping him with that, obviously, day to day.

“But I don’t think it’s going to be short-term. Hopefully he can make the last few games of the season and really help us in the key moment.”

Wilson’s absence will come as a huge blow to the relegation-threatened Magpies, who invested £25million of their £90million January spending spree in Burnley frontman Chris Wood, but failed in their attempts to further boost their firepower as their pursuit of Manchester United frontman Jesse Lingard and Stade de Reims’ Hugo Ekitike came to nothing.

Howe added: “He’s gone away, he’s having intense treatment. We’re trying to give him the best care that we can as a football club.

“I’ll probably be better updating you further down the line as to a return date, but at the moment, that’s unclear.”

Newcastle’s rebuilding work saw Kieran Trippier, Wood, Bruno Guimaraes, Dan Burn and Matt Targett all arrive on Tyneside last month and all five could be involved against the Toffees, although former Brighton defender Burn is being hampered by a toe problem.

That process, however, is ongoing on and off the pitch and Brighton’s announcement on Monday that technical director Dan Ashworth is to take up “a similar role at another Premier League club” – he has been heavily linked with a switch to Tyneside since Amanda Staveley’s consortium completed its takeover in October last year – proved an interesting development.

The Magpies currently sit in 19th place in the table, but just a point clear of safety, although Everton’s 4-1 FA Cup fourth round win over Brentford on Saturday under new boss Frank Lampard served to underline the difficulty of the task ahead.

Howe said: “I fully respect Frank and know him well and I think he’s an outstanding manager.