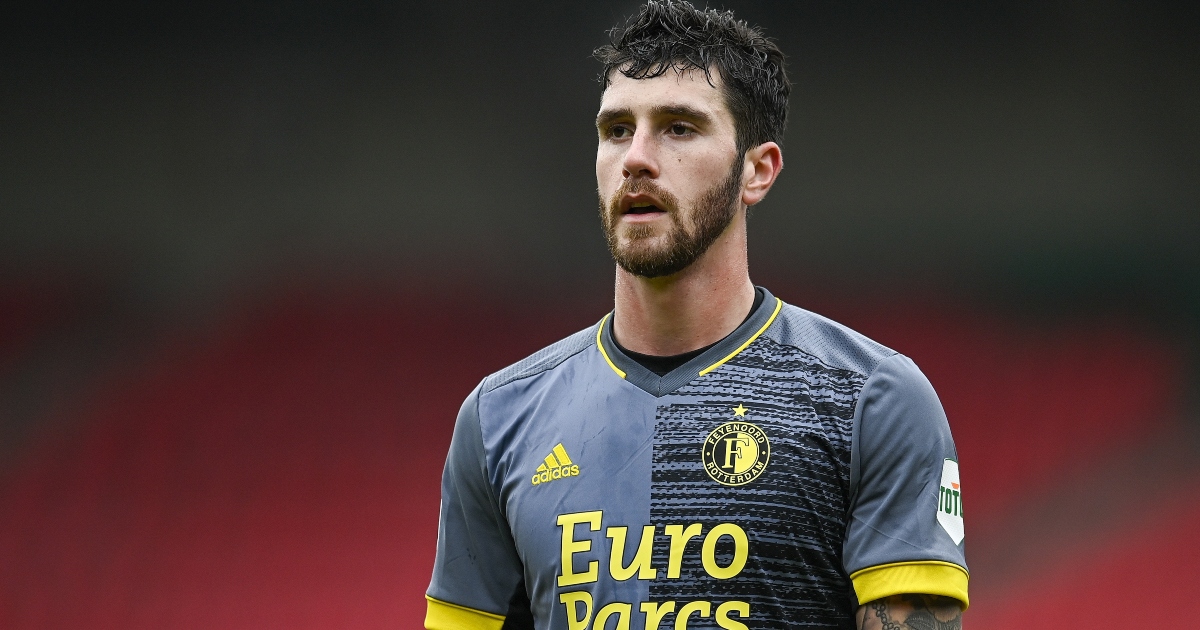 Newcastle-linked defender Marcos Senesi will be allowed to leave Feyenoord in the summer for €12-15m, claims Dutch agent Henk Timmer.

The 24-year-old joined Feyenoord from Argentine outfit San Lorenzo in 2019 for a reported £6.3m fee.

He has made 99 appearances for the Eredivisie side and has played 33 times in all competitions this term.

Senesi’s fine performances has attracted interest from the Premier League, with West Ham and Newcastle both reportedly linked.

It was reported that the Magpies were willing to spend €20m to sign the centre-half in the January window, however, a deal failed to materialise.

Timmer, who oversaw Senesi’s move to Feyenoord, has claimed that he will be available for between €12-15m in the summer.

Senesi enters the final year of his contract in 2022/23, so could be available in a cut-price deal.

Timmer said (quotes via Voetbal Primeur): “He still has a contract for one year, so twenty million will no longer be Feyenoord. If you are between twelve and fifteen million, you are doing very well.”

The agent also commented on Luis Sinisterra, who was linked with a move to Newcastle last year.

He believes the Colombian winger will become the most expensive sale in Feyenoord’s history, surpassing Dirk Kuyt’s £18m move to Liverpool in 2006.

“If you now look at his development, that is fantastic,” Timmer said. “This will be a record transfer for Feyenoord.

“Sinisterra is well over that (£18m Kuyt fee), towards 25 million. This player has everything: speed, scoring ability, through passes and also shoots a ball from a distance.”

Meanwhile, Newcastle head coach Eddie Howe has heaped praise on Joelinton’s transformation from a misfiring striker to a box-to-box midfielder.

“The biggest compliment I can pay him is that he hasn’t made it look difficult and hasn’t required too much information from me,” said Howe.