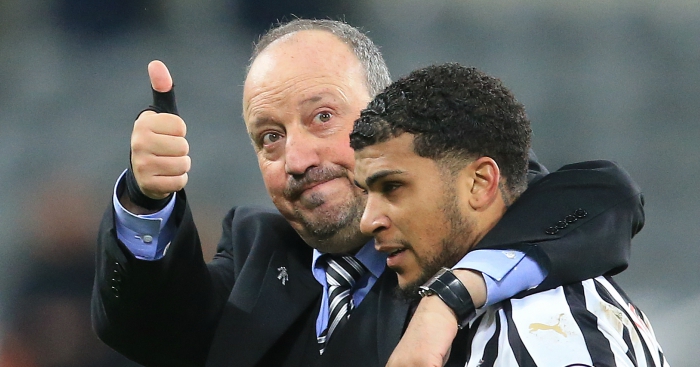 Rafael Benitez is used to games changing completely over the course of six minutes. It took that long for the cause of huge embarrassment to become the scene of his greatest triumph in 2005, when Liverpool recovered from a three-goal deficit to beat AC Milan in the Champions League final. Steven Gerrard (54), Vladimir Smicer (56) and Xabi Alonso (60) are names and numbers etched into the memory of every fan.

The Spaniard might consider guiding Newcastle clear of Premier League relegation to be an even more impressive achievement, should he pull it off. And 13 years on from That Night In Istanbul, another six-minute spell might have shifted the momentum of their entire season.

Newcastle welcomed Watford as reluctant hosts on Saturday. They had the worst home record in the top flight, having lost each of their first five games at St James’ Park. No team had ever started a Premier League season with six straight home defeats.

Watford had been beaten just once on their travels this campaign, succumbing to the might of Arsenal’s unbeaten run. They had started the day above Manchester United in the table, and had not been beaten by a side in the bottom half since April.

That never seemed in danger of changing on Saturday. The Hornets swarmed forward on countless occasions, threatening to overwhelm a nervous Newcastle. Gerard Deulofeu and Isaac Success both should have scored, while Roberto Pereyra hit the crossbar. Martin Dubravka was the best player of the first half.

Newcastle were fortunate to still be level at half-time, but would not have considered themselves as such. They lost Yoshinori Muto to injury in stoppage time, with the dropped Ayoze Perez replacing him. When the teams emerged for the second half, Jamaal Lascelles was nowhere to be seen; Fabian Schar had taken his place.

By the 51st minute, Jonjo Shelvey was hobbling off for Ki Sung-yueng. Three injuries in six minutes had rearranged Newcastle’s entire spine. The rehabilitation process was expected to be painful.

Yet it was the impetus they needed. With their backs against the ropes, Newcastle sought to land a knockout blow. They had been the only team yet to score from a set-piece this season until Perez headed Ki’s free-kick past Ben Foster.

That has long been the hard part for Newcastle. Their defence is solid; only six teams have conceded fewer goals. But their attack is blunt, lacking in quality. Kenedy (20) and Shelvey (13) – a threatening but inconsistent winger and a deep central midfielder – have had the most shots for the Magpies this season.

Benitez will take great pride in the fact that Watford had just one shot after Perez’s goal. Stefano Okaka’s wayward effort in stoppage time was all the visitors could muster as Newcastle did what they could not against Manchester United last month: they held on.

All three enforced substitutions had been blessings in disguise. Muto was hard-working but lacked the finish, which Perez finally provided. Ki offered more drive and inspiration than Shelvey, both winning and taking the crucial free-kick. Lascelles would usually leave a huge gap in the centre of the defence, yet Schar was more than capable of filling in.

It is impossible to say what would have happened without those changes. Salomon Rondon would surely not have completed the full 90 minutes, but his physicality up front provided a focal point to the end. The manager might have planned to replace Matt Ritchie, but his defensive output was crucial.

But these things happen for a reason. Djimi Traore once revealed that Benitez intended to substitute him at half-time at the Ataturk all those years ago, only for Steve Finnan’s injury to force him off instead. Adversity was as much a gift then as it is now. Newcastle have finally made the most of a bad situation.