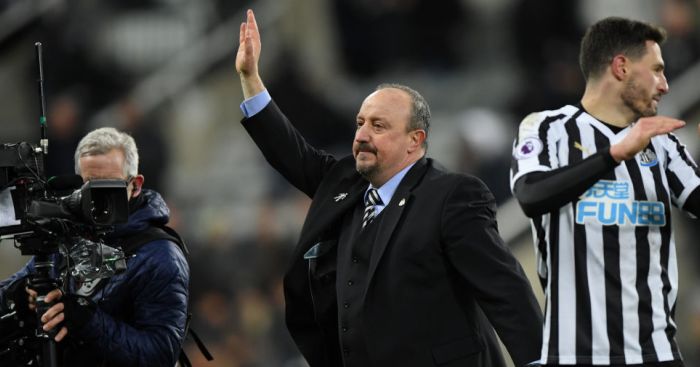 Rafael Benitez’s talks with Newcastle owner Mike Ashley are set to go into the weekend.

The 59-year-old Spaniard met Ashley and managing director Lee Charnley on Thursday to discuss his contractual situation with his existing deal due to expire on June 30.

Those negotiations continued on Friday as the club’s players and fans alike awaited white smoke amid collective breath-holding in the city.

The fact that the two parties are still talking is being seen as an encouraging sign, with Benitez looking for assurances over the club’s ambition and Ashley unwilling to inject fresh capital into a business he has been trying to sell for two and a half years.

With the summer transfer window now open, the manager in particular will want to resolve his own future as quickly as possible before, if he stays, beginning work on his recruitment plans ahead of a third successive Premier League season.

Meanwhile, sources on Tyneside have played down suggestions that midfielder Sean Longstaff could be a target for Manchester United as manager Ole Gunnar Solskjaer attempts to reshape his squad, insisting he is not for sale.

The 21-year-old was hugely impressive after being handed his Premier League debut for the Magpies as a substitute at Liverpool on Boxing Day, going on to make eight starts before a knee injury at West Ham on March 2 brought his campaign to a premature end.

Longstaff signed a new four-year deal in December, but his progress since means improved terms are likely to be offered once the manager’s situation is resolved.