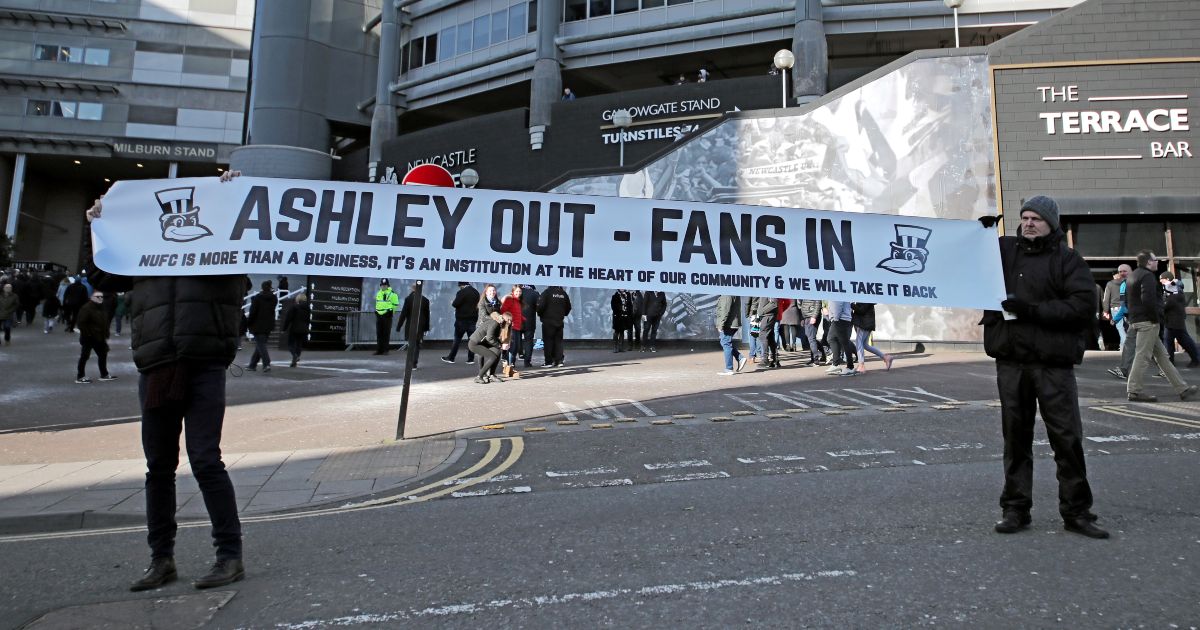 It is July, so everything is quiet. Almost, anyway. That is how it has always been at Newcastle United under Mike Ashley; it is an annual tradition. Regardless of the momentum generated at the end of the previous season, there is a wall of silence erected almost instantly after it ends, leaving fans to scramble for any news or even gossip to pin hopes upon, while simultaneously fending off a nagging sense of dread only exacerbated by any transfer dealings done by perceived rivals.

There seems to be nothing different when taking a cursory glance at activity on Tyneside this summer. Joe Willock, their record-breaking loanee and the man arguably most responsible for the turnaround which eased growing fears over Newcastle’s Premier League status in March, has returned to Arsenal and there is a lengthy, difficult road ahead to get him back. There is no sign that a permanent deal – likely to cost northwards of £20million – is forthcoming, let alone any other deals. We have no idea about Steve Bruce’s prospective budget. Castore have only been announced as the new kit manufacturer in the past few days.

None of this is out of the ordinary, but trepidation and fear is still at a higher intensity this summer. The loose ends of the Saudi Arabian PIF-backed still hang over the club like an aggressive storm cloud.

It is approaching a year since the consortium, led by Amanda Staveley and also including the British billionaire Reuben brothers, officially stepped away from the table over frustrations with the Premier League’s Owners and Directors Test, despite a deal being agreed with Ashley long before. But there is hope an upcoming arbitration case could set the wheels in motion again, and quickly.

Ashley released a detailed statement criticising the Premier League’s lack of transparency on the matter, after weeks and weeks of silence in the spring ultimately led to complexities over the deal. His stance is loaded with hypocrisy and selective awareness having presided over a club which has almost trademarked ignoring its fans and treating them with contempt. The instant reaction to his statement was one of support from swathes of those same people, though; they were purporting not to care about the past for the moment, instead wanting to look at the bigger picture. There were some who voiced frustration at comments on Ashley’s hypocrisy, claiming they divide the fanbase and needlessly shift perspective.

Desperation for the takeover is palpable; it has, for some, temporarily mended the most fraught of fences, which had been slowly and painfully destroyed over 14 years, and is led by a need to watch a competitive team. That is what fans have had stolen from them over time. Everyone knows about Newcastle as a city, its partisan love of football and its importance to a region’s weekly function, but right now it is without hope and aim and direction. The takeover would, in theory, instantly reinvigorate everything in that sense; that was dangled in front of the fans before gradually eroding over a few painful, aimless months. It has caused a lot of anger and upset, all now being driven towards a common enemy: the Premier League.

But a willingness to ignore Ashley’s misdemeanours, even for a short time, while he fights this battle, is risky. There is a reason Newcastle are in a state of flux once again; last summer, it was the COVID-19 pandemic, when Ashley became one of the first club owners to put ordinary, working members of his staff on furlough. This time, it is the takeover, but even some supporters aren’t too worried about the lack of noise or movement in the day-to-day running of things; their focus is on the legal battles, those they believe can be won, and anything else can be left for another day. Asking why they are there, cheering and roaring Ashley on as if he were playing at St James’ Park on a Saturday, would result in a paradox. More than anything, they want rid of him, precisely because of his shoddy ownership, callous nature and bizarre operation; they’ll do whatever it takes to get that, even if it means standing alongside him.

Had Ashley put as much drive and passion into running Newcastle as he has this exit plan, there would arguably be no need for it. If it fails and there is a definitive answer to the takeover question in a negative sense, what then? He will be lumbered with a business that he hasn’t wanted or cared for in years, but with an extra helping of frustration and disdain having come closer than ever to walking away with the healthy profit he desires. That won’t be good for Bruce, a prospective deal for Willock or indeed anyone else, and the general outlook for the new season. It will only prolong the stasis.

Newcastle fans are absolutely right – a takeover, whether this one or another in the future, is critical. It is the difference between actually trying and disingenuously claiming to be. Bruce, an incredibly unpopular man in the dugout, is a symptom of that need for change; he has spoken like an outsider, somebody who appears happy to play on myths over fan expectation if it allows him a shield from criticism he doesn’t like to admit he deserves. But Ashley’s ownership can be summed up best by the immersion of a culture of mediocrity and no responsibility. There are no aims, no strives for improvement and no opportunities for growth.

That is what is waiting for Newcastle should arbitration fail. Their supporters have been gaslighted, used as pawns in ridiculous debates and insulted for far too long. They are entitled to do all they can to force change. But resisting criticism of their owner, even in the name of looking at the bigger picture, is no good thing.