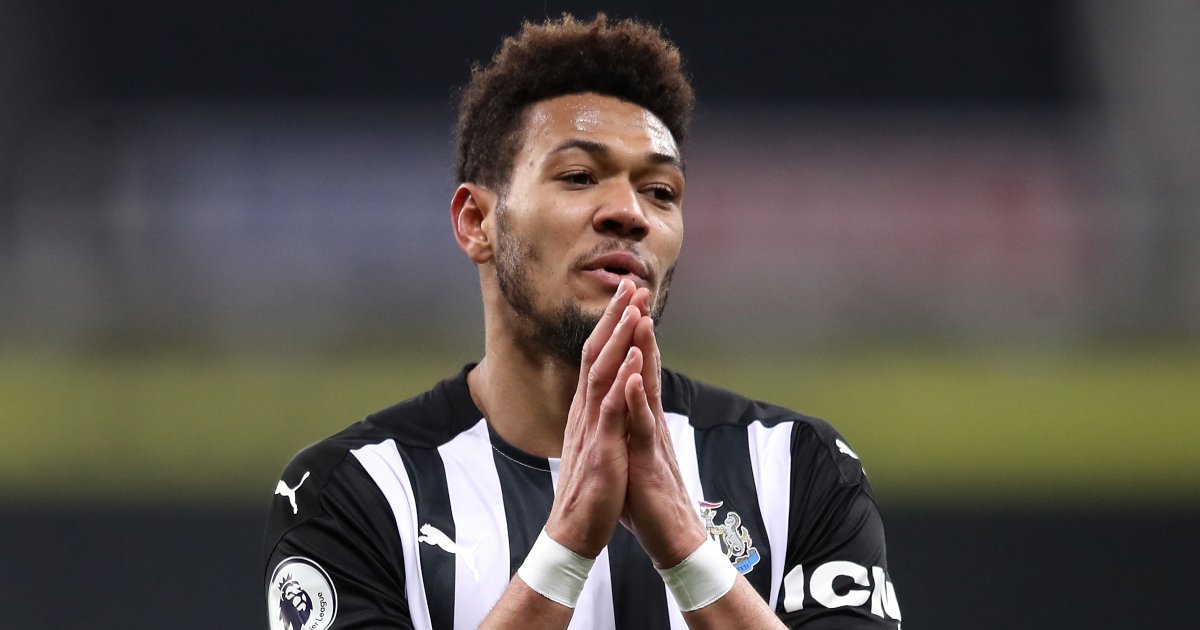 Newcastle are nowhere near as good as Fulham right now. That’s the uncomfortable truth.

Some of you may be familiar with the ‘hypnic jerk’. And I don’t mean Derren Brown or Paul McKenna. It’s that falling sensation you feel when you’re going to sleep, like you are dropping off a kerb. I had a similar experience on Sunday while watching Fulham beat Liverpool. As Mario Lemina rifled in the winner I was overcome by what can only be described as an acute sinking sensation.

As a Newcastle fan my overriding emotion on Sunday should have been one of despondency; after all, Fulham are just one point behind us now. Instead, in the aftermath I was left envious of the Cottagers and their formidable will to survive. If Fulham complete their great escape, it will be glaringly obvious how they did it. They’re well up for it. Sir Alex Ferguson famously said that “attack wins you games, defence wins you titles”. Scott Parker has successfully adopted that philosophy with survival their own title.

The Cottagers’ recent defensive record is outstanding, conceding just seven goals in their last ten outings. Relegation rivals Newcastle have shipped 17 over the same period. They may be watertight now, but Fulham’s recent defensive performances are in sharp contrast to their leaky start to the season. After conceding ten goals in their opening three matches many media commentators, including yours truly, wrote them off as relegation fodder.

Then, one night in December it seemed Parker had finally solved the defensive puzzle. His side’s battling 1-1 draw at home to Sunday’s opponents Liverpool triggered a sequence of positive results that created a foundation for the team to grow. They now had a blueprint for survival.

Both Kenny Tete and Tosin Adarabioyo impressed on Sunday, but stand-in captain and man of the match Joachim Andersen has been integral to their resurgence. When Fulham signed him on loan from Lyon in October they knew they were getting a player with pedigree, but also a player who was a little low on confidence.

He enjoyed a very impressive breakthrough 2018/19 season with Sampdoria, but many an eyebrow was raised at the £22.5m fee Lyon forked out for him in the summer of 2019. That price tag was a lot of pressure heaped on a 22-year-old with just one full season of top-flight football under his belt. He didn’t settle in France and would have seen a potential move to England as an opportunity to prove a point to his parent club. Thanks to Parker’s faith in the central defender, he’s proving it and then some.

Parker himself is of course the key element in maintaining Fulham’s momentum. The safe money was on his premature departure after the opening to the season his team endured. What a stunning turnaround it has been. He has found a structure that makes them very hard to break down. But even more importantly, he has instilled a belief that they are, to a man, Premier League players.

If there’s one area that could be Fulham’s undoing it is of course their goalscoring record. They have netted just 22 times the season and have only scored more than the all-but-doomed West Brom and Sheffield United. Forwards Aleksandar Mitrović (2), Bobby Decordova-Reid (5), Ivan Cavaleiro (3), Ademola Lookman (4) and recent signing Josh Maja (2), have scored a paltry 16 goals between them this campaign.

Despite their failings in front of goal, it is indeed hard to bet against Fulham retaining their Premier League status. But at whose expense will their survival be?

I’ll leave The Magpies until last because I’d rather you kept reading this…so I’ll begin with the team I deem the least likely to go down – Burnley.

I won’t entertain the notion of the Clarets going down for a second; they have far too much nous about them. In an era where we’ve become so obsessed with playing a certain way, they’re a constant reminder that there are other ways to do it, and on a budget no less.

Playing out from the back, stretching the opponent, high press, circulation of possession, positional interchange, full-backs functioning as wingers. That’s all well and good, but there are still plenty of fans out there who have a soft spot for what Burnley represent. They’re an echo, a remnant from a time when squads were limited by the geographical boundaries of the land they inhabited.

Year after year they grind it out. Yes there will be a few blips along the way. We may question their squad depth, their tactics, even their manager. But they always find a way to rally each other. Perhaps it’s knowing you’re the underdog, that everyone rates your ability, your worth, less than your opponent’s. That might be all the motivation you need.

Ironically it is their transfer policy and budget that has ultimately created this resilience. Buying home-grown is bound to create deeper bonds between the players along cultural lines. Their recent results have seen them lose just once in their last seven fixtures – far from relegation form. Yes, I can say with some confidence, Burnley have enough know-how to avoid the drop.

So to another of the relegation candidates – Graham Potter’s Brighton.

It’s not unusual for a relegation-threatened side to struggle in front of goal, but Brighton’s attacking issues have been that much more pronounced by the sheer volume of chances they have failed to convert. They rank ninth in the league for big chances created (34), seventh in the league for shots per 90 mins (13.2) and seventh for big chances missed (33). And who could forget their crushing loss to Crystal Palace after dominating the Londoners for the whole match?

Brighton had 25 shots against Crystal Palace and scored once.

Benteke volleyed in the winner in stoppage time.

Despite their failings in front of goal the south-coasters have impressed for large parts of the season and would be enjoying a comfortable end to it if Maupay and Co. were firing. They’re certainly easy on the eye and have become one of my favourite teams to watch. High-energy
performances, crisp passing and lots of movement between the lines – yes please.

Along with Newcastle they’re probably the favourites to go down, but their points tally in no way reflects their performances. Seagulls fans have plenty to be hopeful about. If they could only find a way to score, I think they are a far better equipped side than Newcastle to avoid the drop.

So, to the north-east and my beloved Newcastle – my cross to bear. I’m as optimistic as the next guy, but when they guy sitting next to you is also a Newcastle fan, well, you get the picture. I’m sure fans of other clubs are sick to death of hearing us moan about our perceived entitlement. I hear you, I’m just as fed up of talking about it. This short verse sums it all up:

Attackers that can’t score,
defenders who don’t defend,
a manger no-one wanted ,
and an owner who won’t spend.

Given the danger we’re in I’m sure any fan would have been raging at the lacklustre performance against West Brom, but I’m afraid I have become utterly numb to our mediocrity. There is even a small part of me, the self-destructive part, that wants us to go down in the hope that some positive cultural change could come as a result.

But we’ve been down that road before, and it didn’t make an iota of difference. A week or so after the relegation in 2016 I recall thinking it might actually do us some good. We could win the Championship with Rafa at the helm, easy. Then return to the top flight refreshed, with a new winning mentality at the club. What the hell was I smoking?

If I’m being totally honest we’re lucky to have the points total we have. I think back to the 2-1 win at home against Everton in November and wonder how on earth we came away with the points. It’s tragic, but, that is our hope – that we will somehow stumble our way through the relegation fight as we have done all season.

Lol @ Sky Sports pretending that Manquillo and Lewis are midfielders and that we aren’t playing a depressing 5 at the back pic.twitter.com/hTYWU5iLMi

With so many deep-rooted issues, not to mention the recent injuries to key players Callum Wilson, Miguel Almiron and Allan Saint-Maximin, it’s hard to see light at the end of the tunnel. My heart prays they’ll find a way, but my head knows better.

Looking ahead, what impact will the fixture list have?

Burnley will face daunting opponents in Man United, Liverpool, West Ham and Everton. Fulham still have to play Man United, Chelsea and Man City. Brighton and Newcastle may have the worst run-ins though. The Seagulls have games against Man United, Man City, Chelsea, Everton and West Ham, while the Toon face Spurs, Man City, Leicester, Liverpool and West Ham.#

Crucially, a lot of the teams still have to face each other. Burnley host Newcastle in April, and then travel to face Fulham in May. Brighton play Newcastle at home in a fortnight. But the biggest clash may come on the last day of the season, when Fulham and Newcastle face off at Craven Cottage. Assuming we’re still in it by then.

At the risk of becoming a bit melodramatic about by team’s potential demise allow me to simply conclude by asking you: Who do you think is going down?