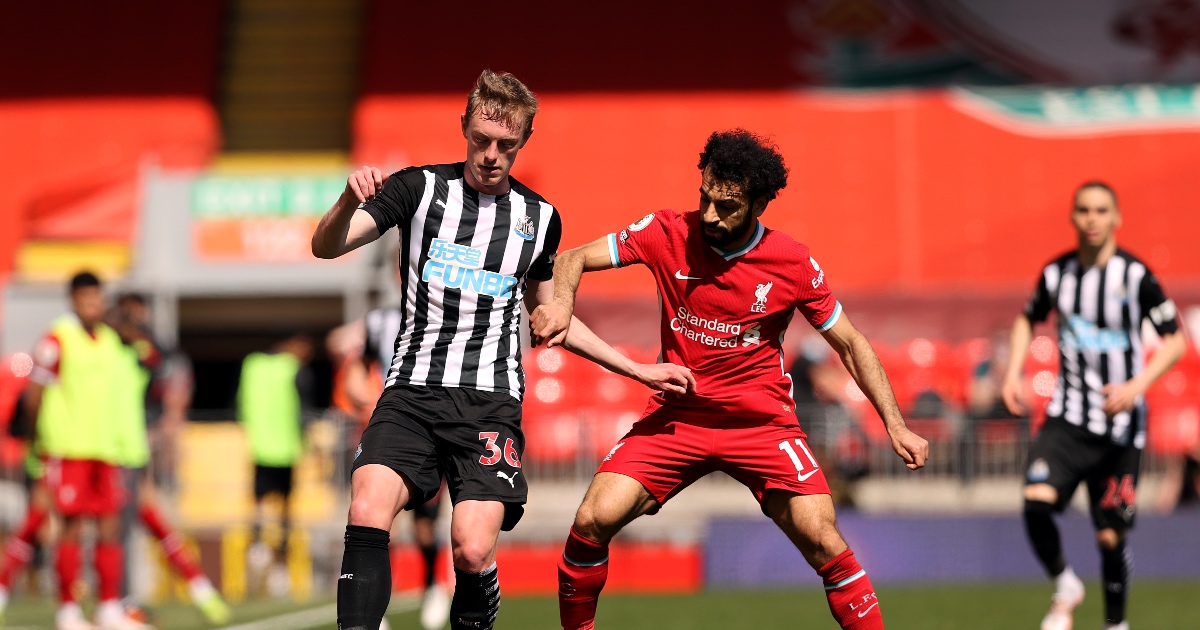 Premier League sides Everton and Southampton will have to pay £10million if they want to land Sean Longstaff, according to reports.

The Newcastle midfielder, 23, recently entered the final 12 months of his contract at St James’ Park.

He could be sold this summer to prevent the Magpies from losing him on a free in 2022.

The Daily Mail write that Newcastle have set their asking price at £10m.

They are open to letting him join a Premier League rival so they can boost their transfer funds before the window shuts on August 31.

Everton boss Rafa Benitez is hoping to reunite with the Englishman, who is a product of Newcastle’s academy.

The pair worked together during Benitez’s tenure in the north east between March 2016 and June 2019.

The manager views Longstaff as a relatively cheap option to improve his midfield.

Should the player join the Toffees then he would compete with Allan, Abdoulaye Doucoure, Andre Gomes and Tom Davies for a starting spot.

Benitez cannot spend much more than £10m as he is operating under strict financial constraints.

Southampton are also said to be interested. They have available funds after selling star players Danny Ings and Jannik Vestergaard for a combined fee of £45m.

The report claims that Ralph Hasenhuttl is prioritising a centre-back this month. However, if they manage to bring one in then a bid for Longstaff could be launched.

Longstaff’s future is likely to be affected by Newcastle’s pursuit of Hamza Choudhury.

Magpies boss Steve Bruce is aiming to sign him on loan from Leicester City.

Should that deal go ahead then Longstaff would fall further down the pecking order at Newcastle and would move closer to the exit door as a result.

The Daily Mail also provide an update on the future of his brother, Matty Longstaff.

The fellow midfielder will be allowed to leave on loan if he signs a new contract first.

Newcastle, meanwhile, have been praised for signing talented midfielder Joe Willock from Arsenal.