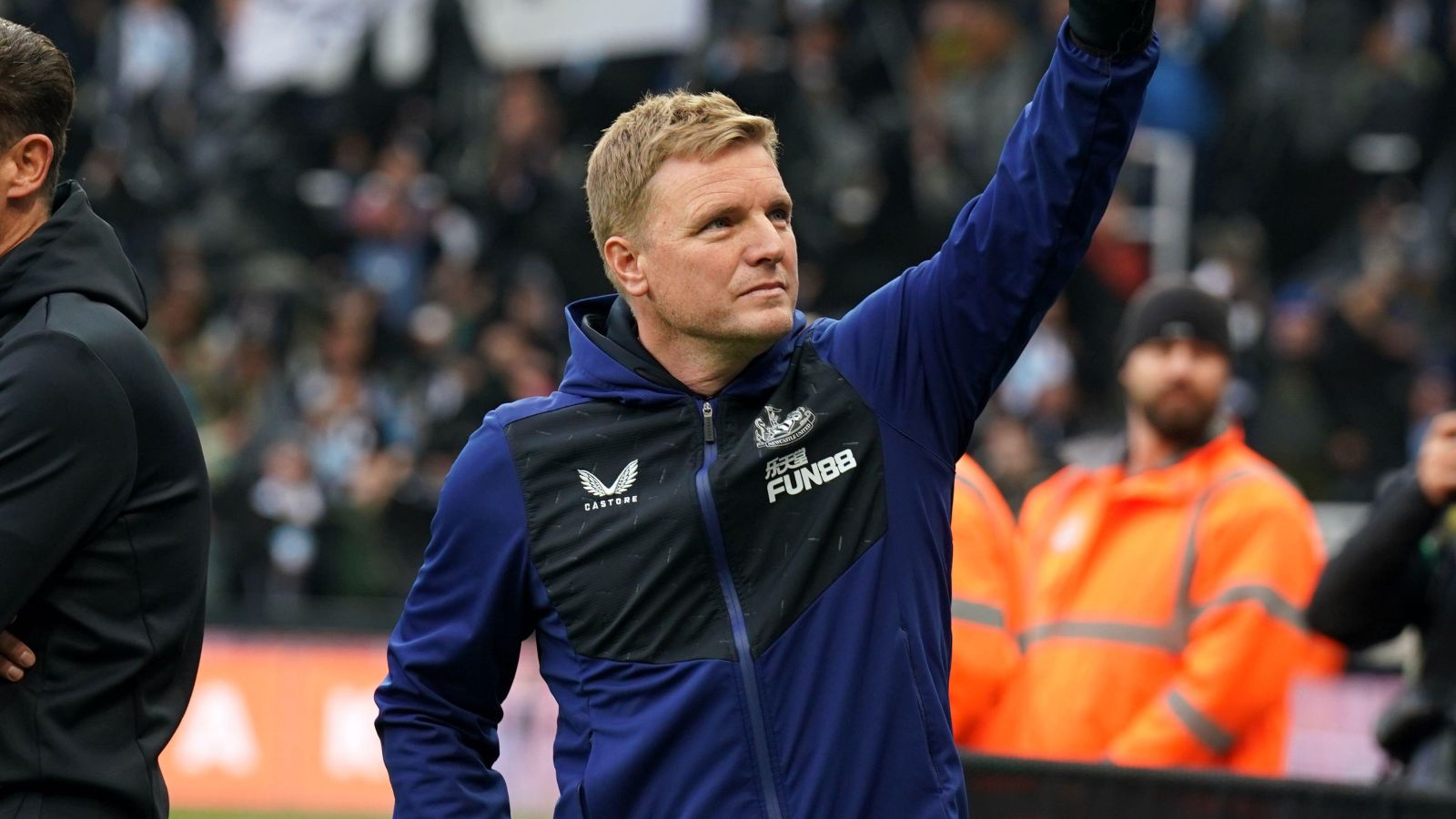 Eddie Howe is hoping that Newcastle United can kick on next season so relegation battles in the Premier League will be in the past.

The Magpies could yet clinch a top-half finish in the Premier League after they dragged themselves to safety.

The club’s Saudi-led takeover was completed in October and Howe was afforded £90m to spend on new players in January.

Asked if this was the last season during which the club would have to worry about relegation, Howe said: “I certainly hope so.

“There are no guarantees in football and that’s what makes the game so beautiful because you never know what’s around the corner.

“We have ambitions to improve, so I hope that we’re not in this position again where we’re fighting through the season.

“But the Premier League is so difficult, the league examines you in lots of different ways. The competition is fierce, everyone will have different aims and dreams.

“All I can pledge is that I will do everything in my power to make sure we come back a stronger team. But there’s no guarantee on anything.”

We are Newcastle.
We are 𝗨𝗻𝗶𝘁𝗲𝗱.

Thank you for your incredible support at St. James' Park this evening and throughout the season.

What is certain is that Newcastle will finish the 2021-22 campaign a stronger team than they started it, a fact illustrated graphically by Monday night’s thrilling 2-0 victory over Arsenal in front of an ecstatic home crowd at St James’ Park.

Ben White’s own goal and a late second from £35million Brazilian Bruno Guimaraes, who – having been smothered by Liverpool and Manchester City in his last two appearances, was allowed by the Gunners to dictate the game to devastating effect – secured a win which was thoroughly deserved.

Significantly, it was Newcastle’s first victory against a top-five side this season, after they had lost the previous nine and took them to 46 points, their highest total since they returned to the big time in 2017.

Supporters who endured 14 and a half years of under-achievement under Mike Ashley have been re-energised by the new lease of life breathed into the club by Amanda Staveley’s consortium, and while there is discomfort over the spotlight on the club’s Saudi Arabian majority owners and the Gulf state’s human rights record, excitement over what the future might hold is mounting.

Asked about the part Staveley and husband Mehrdad Ghodoussi had played in the recovery, Howe said: “They care, they care deeply.