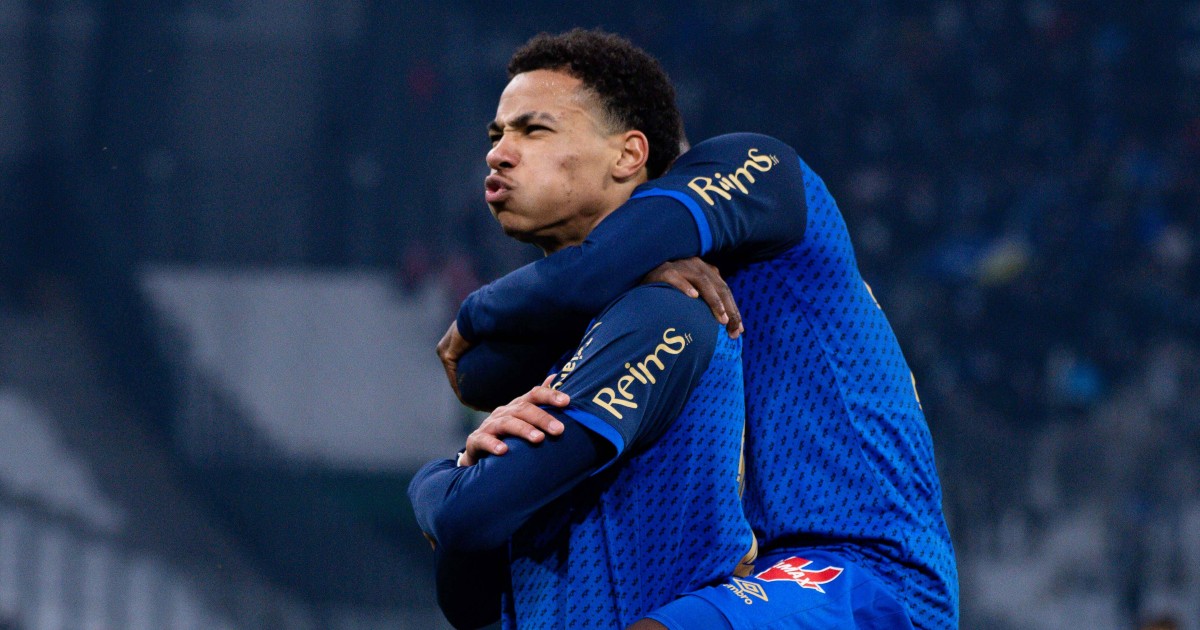 Ekitike has emerged as one of the most coveted young forwards in the world, becoming the highest-scoring teenager in Europe’s top five leagues so far this season with eight goals.

The France youth international has already netted against teams such as Lyon and Marseille, having only made his professional debut in October 2020.

Newcastle have taken a keen interest in Ekitike as they continue their search for January reinforcements, with Kieran Trippier and Chris Wood joining their ranks.

Hugo Ekitike (2002) is a really interesting profile of striker because he's unusual. Tall, slender, lanky but quick across the ground and skilled with his feet. He has 11 goals in 1,558 senior minutes so far, split across half-seasons in Denmark and Ligue 1.

But Reims look likely to stand firm in their stance over the forward after club president Jean-Pierre Caillot confirmed they had rejected an offer.

“It is true that a lot have realised the quality of the player now, but not us. He was formed with us and it does not surprise us,” he told Le Quotidien du Sport.

“Newcastle positioned themselves, we discussed it, they made us an offer that did not suit us.

“As we do not really want him to leave, we have fixed the price quite high. They did offer us €35m all in, but with a number of bonuses, some of them quasi-impossible to reach. Like for example, winning the Champions League.

Newcastle have encountered a number of difficulties in a first transfer window under the new ownership, thus far failing to sign the centre-half they prioritised at the start of the month.

The Magpies were rocked by a double transfer blow over prospective targets Diego Carlos and Jesse Lingard.

Eddie Howe recently discussed the scenario that Newcastle face as a club whose significant financial backing is public knowledge.

“You have to draw a line in certain situations and say, ‘No, we’re not going to pay that money’, otherwise where does the game go? It goes to an uncomfortable place, I think.

“It’s all about the individual player and judging each situation on individual merits, and that’s what we’ve tried to do.

“Everyone’s well aware that we’re in the market for certain positions and then that demand then drives the price up. There’s nothing we can do about that.

“The window continues to surprise everybody, I think. But you just have to live in that world. We needed players that we’ve identified and managed to get over the line.

“The cost of those players is uncomfortable, I’m sure, for everybody – that’s not talking about the individual cases, that’s just the prices of football players in general – but that’s the market we’re in.

“It is a very complex situation. You have to agree deals with clubs that do not want to sell in January – where we are now in world football, clubs are very reluctant to lose assets at this time of year.

“The players have to want to join your battle in the fight to stay in the league and when they are at the top of their profession, that is not an easy sell.

“Newcastle does have a huge pull in many different ways, but I believe that our league position is not one of them, so it is a very delicate mix.”