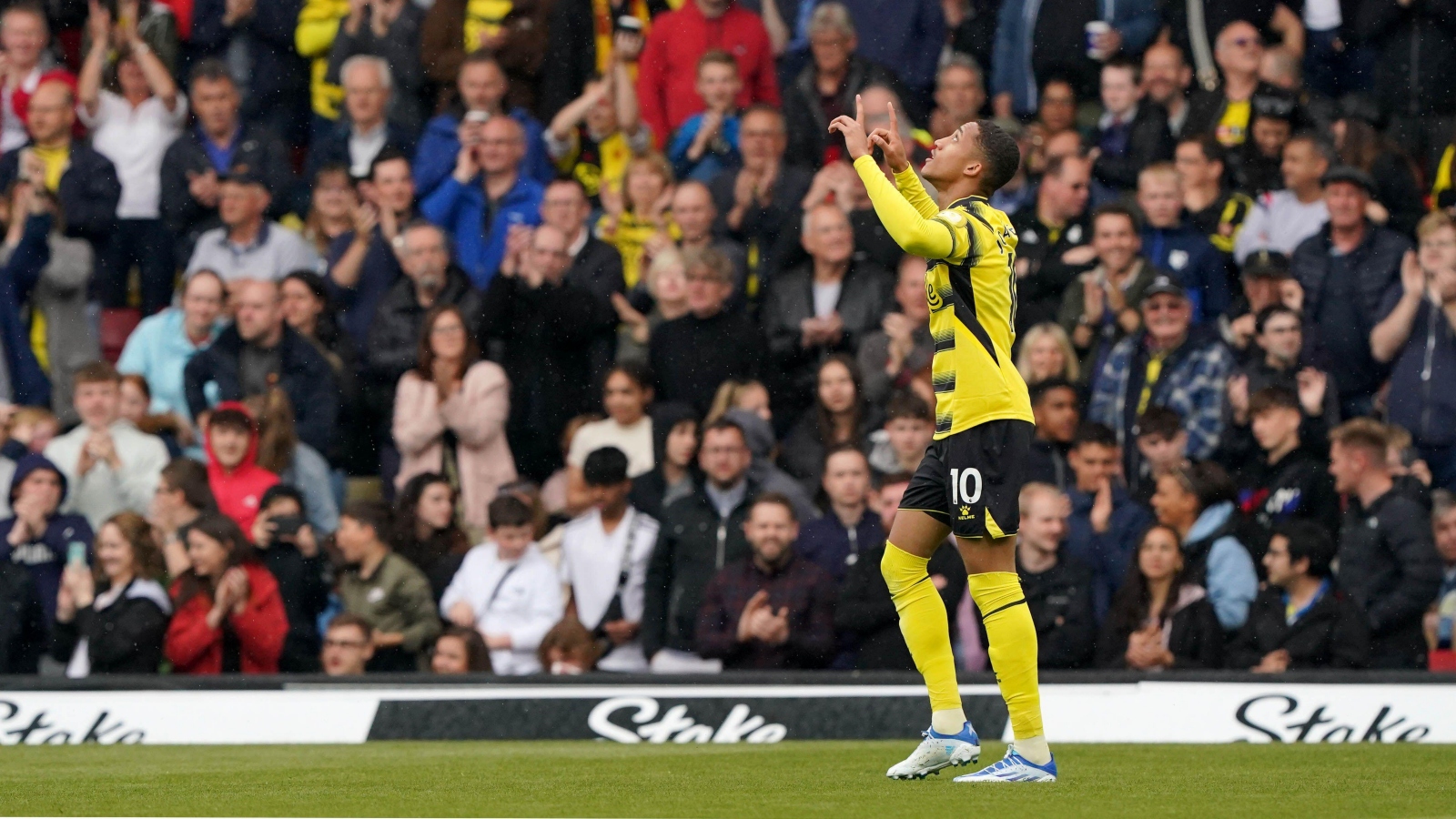 Newcastle are reportedly set to up their bid for Joao Pedro, who is pushing for a move to St James’ Park.

Pedro – who joined Watford from Fluminese for £3.6m in January 2020 – scored the winner in the opening day win over Sheffield United this season to take his goal tally for the Hornets to 14 in 77 appearances.

He’s been linked with a return to the Premier League this summer, with Leeds said to be interested as well as Newcastle, who are said to have had an opening bid of £20m turned down for the the 20-year-old.

Chronicle claim that rejection has frustrated Pedro, who is keen to team up with compatriots Joelinton and Bruno Guimaraes.

And the Brazilian’s representatives are ‘somewhat mystified’ by Watford’s response to Newcastle’s ‘huge bid’.

They are said to be particularly surprised as they saw a similar bid from Nottingham Forest for fellow forward Emmanuel Dennis accepted last week, though that could well by why Watford are reticent to let another of their star players leave.

Anyway, Newcastle are expected to up their bid to around £25m to test the Championship club’s resolve, though Watford are adamant they want Pedro to stay.

But the striker wants to play in the Premier League and the report claims Eddie Howe sees him as the ideal player to compete for a place in the team and believes he will settle quickly given the strong South American contingent in the squad.

Pedro’s versatility is said to be a big draw for the Magpies as he can play on either flank as well as down the middle.

Watford do though appear willing to part with Ismaila Sarr.

The Senegal international joined Watford from Rennes for £27m in the summer of 2019 and has been linked with a host of clubs in the past, including Liverpool.

But reports suggest he could be on the verge of a move to Crystal Palace.

According to The Athletic, Sarr has ‘been scouted extensively’ by Palace and ‘negotiations have been going on in the background for a few weeks involving Sarr’s representatives based in France and officials from the Premier League side.’

‘It is understood that no agreements are in place and a senior source at Watford said no formal offer from Palace has been received as yet.’