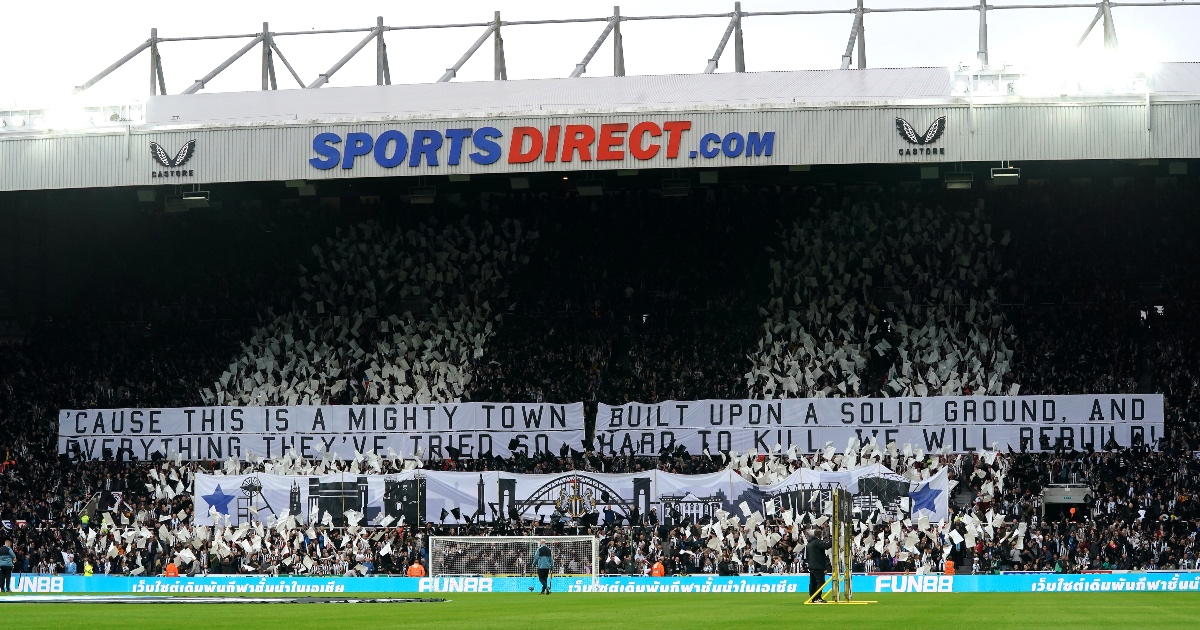 Newcastle have vowed to take “the strongest possible action” against anyone involved in discriminatory behaviour following an allegation of a racist gesture made towards Tottenham fans.

The club and Northumbria Police are investigating a complaint in the wake of Sunday’s Premier League fixture at St James’ Park, which the visitors won 3-2.

A statement from Newcastle read: “Newcastle United is aware of an alleged racist gesture made by an individual towards Tottenham Hotspur supporters inside St James’ Park during Sunday’s match. An investigation is under way and the police have been made aware.

“Our message is clear – football is for everyone. Discrimination has absolutely no place in football, in the street, online or in wider society and we will not tolerate it under any circumstances.

“Newcastle United will pursue the strongest possible action against anyone involved in discriminatory behaviour and will support any efforts by the authorities to secure a criminal conviction.

“For this alleged incident to take place at a time when all Premier League clubs are visibly supporting the No Room For Racism campaign shows the work we all have ahead of us, to which we remain absolutely committed.

“If you see discrimination, challenge it, report it, change it. There is no place for abusive or discriminatory conduct anywhere in football; we are United as One.”

Northumbria Police have warned they will take “swift and robust action” against those found guilty of discriminatory offences.

A spokesperson said: “We can confirm we are investigating an alleged racist incident during Newcastle United’s home fixture with Tottenham at St James’ Park on Sunday.

“Enquiries are ongoing with the club to identify anyone involved and ascertain whether criminal offences have been committed.

“As a force, we do not tolerate hate crime of any kind within our communities and are committed to taking swift and robust action against perpetrators.”

The alleged incident happened during an eventful afternoon at St James’ in the club’s first game under their new Saudi-backed owners, with play being suspended for 20 minutes during the first half because of a medical emergency in the stands.