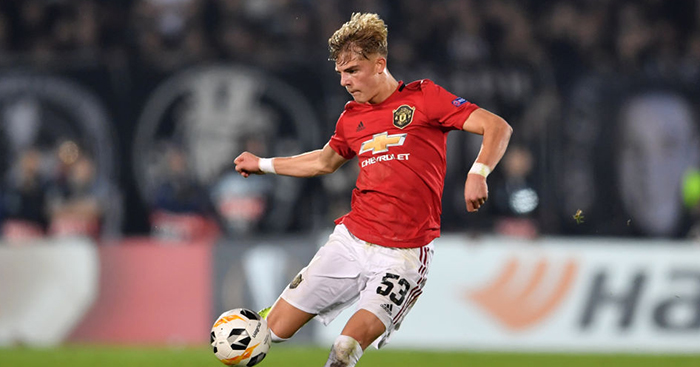 Newcastle United and Southampton are interested in signing Manchester United left-back Brandon Williams on loan, according to reports.

Williams enjoyed his breakthrough season for Manchester United last season under Ole Gunnar Solksjaer. The full-back made 36 appearances in all competitions during the 2019/20 season as he competed for a starting spot with Luke Shaw.

This included 17 outings in the Premier League. He got his first goal for the club in November 2019 as United drew 3-3 against Sheffield United.

His game time has decreased this season as United signed Alex Telles from Porto this summer. Williams has made five appearances this season, but he is yet to start in the Premier League.

With Shaw and Telles now competing with each other at left-back, Williams is likely to be allowed to leave the club on loan in January.

The Chronicle have reported that Newcastle United and Southampton are keen to sign the youngster in January.

Paul Dummett is yet to play this season for Newcastle. They are will be wanting to bring in a new left-back in January to compete with Jamal Lewis for a place in the starting eleven.

Southampton were said to be keen to sign Williams in the summer. But Man United were not willing to let him leave at that time.