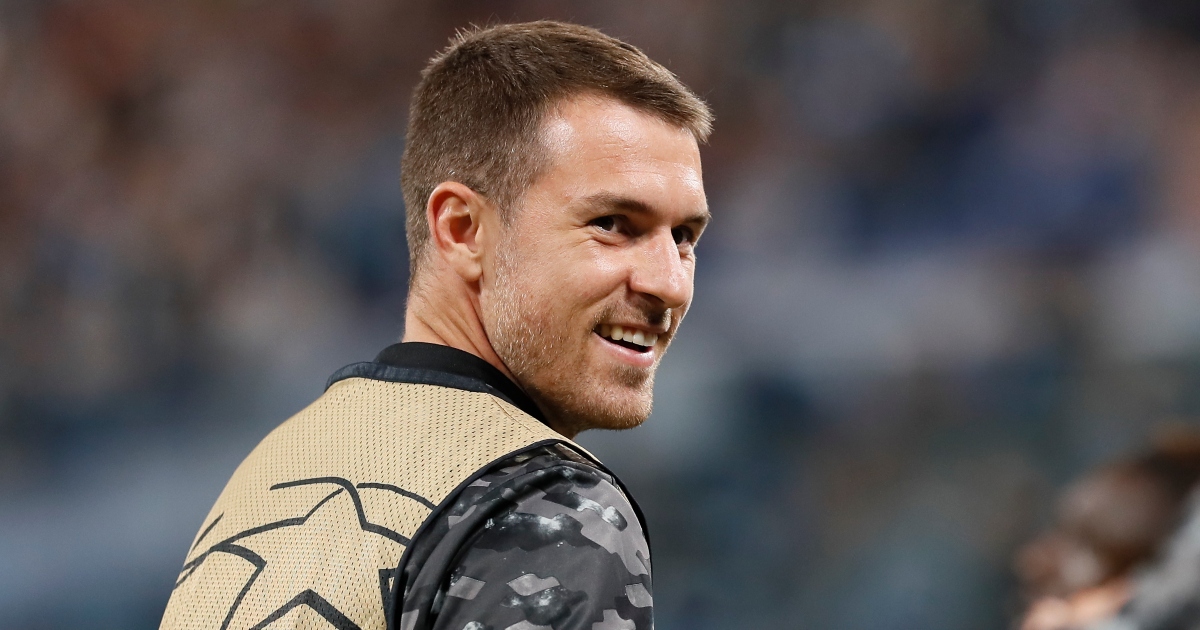 Four Premier League clubs have been contacted by Juventus about the possibility of signing Aaron Ramsey, according to a report.

Ramsey have been heavily linked with a move away from the Serie A side after struggling for regular game time this season.

Vlahovic, Arsenal and the fine line between ambition and fantasy

The Welsh midfielder joined the Italian giants on a free transfer from Arsenal in the summer of 2019 but has never held down a starting role at the club.

He has made just three appearances in Serie A this season, with the last of those to come back in October and he looks set to leave this month with Juve keen to offload his huge wages.

90min are now reporting that Juventus have ‘been attempting to drum up interest in Ramsey this week’ and with the Premier League the most likely destination for the midfielder, a number of clubs have been offered the players.

The report claims that ‘Burnley, Leeds, Crystal Palace and Newcastle have all been contacted and none have ruled out a move for Ramsey just yet.’

It also adds that Everton could also be approached once they have sorted out there managerial situation. Frank Lampard looks the most likely candidate to take charge at Goodison Park with a deal expected to be announced shortly.

Juventus are reportedly frustrated with Ramsey’s lack of desire to find a move but are determined to try to ship the 31-year-old out ahead of Monday’s transfer deadline.

Elsewhere, Tony Cascarino has claimed Frank Lampard is a ‘lucky man’ as he looks set for the Everton job.

“He was an incredible player, fantastic player, gets given the Derby job.

“Now obviously uncle Harry [Redknapp] had a bit of an involvement with Derby and recommended him. Rightly so, he’s an intelligent guy.

“What manager in the Championship coming sixth would get the Chelsea job? Absolutely nobody.

“He’s been given it because he is a legend at Chelsea, rightly so, under difficult circumstances with the embargo and having to nurture a [young] team.

“But when he left, I think they were ninth in the table, and this not a very nice line to use but I’ll say it because I thought about it, and thought, he’s the manager with a silver spoon in his mouth, because a lot has happened for Frank because of how good he was as a player.

“He hasn’t earned his stripes as in what he’s achieved to be Chelsea manager or Everton manager – they were circumstances.

“One of them at Chelsea, being a legend at the football club, and this isn’t anything like sticking pins in Frank, this is just factual stuff, this is what I’m coming from.”