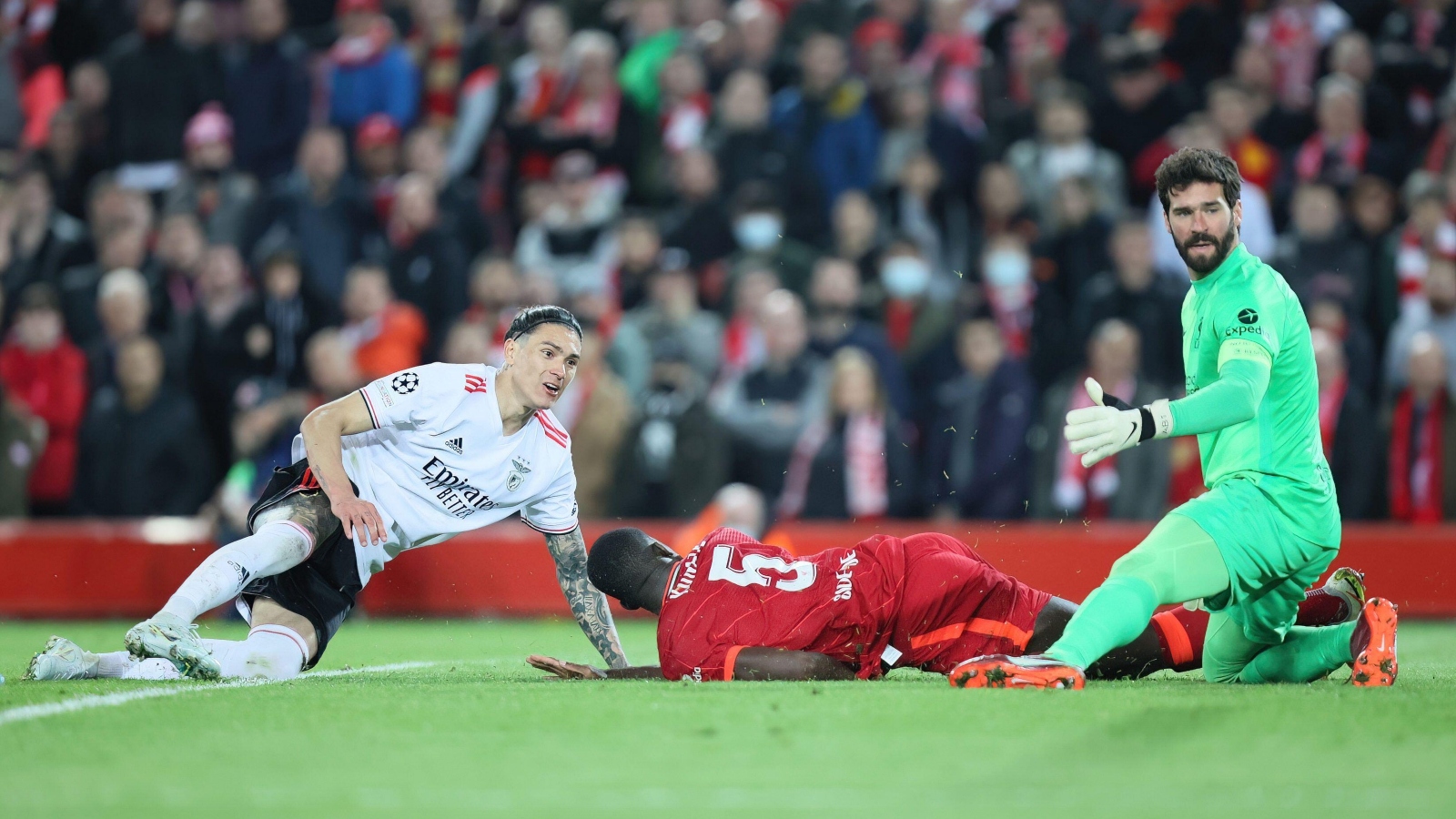 Newcastle have reportedly made a €60m bid for Benfica forward Darwin Nunez, who has also been linked with Man Utd and Arsenal.

The 22-year-old has been on fire for the Portuguese side this season having found the back of the net 32 times in 37 appearances.

Sean Dyche would have made Manchester United better?

He was on target in both legs as Benfica were knocked out of the Champions League by Liverpool – who were impressed by the Uruguayan’s performances.

Nunez will be one of the most sought after players in the summer transfer window, with Chelsea, Man Utd, Arsenal, Tottenham, Newcastle and PSG all circling.

Benfica are said to be looking to receive £58.6m for their prized asset.

According to Foot Mercato, Newcastle have made a €60m (£49.6m) bid to sign Nunez ahead of their first summer transfer window under their Saudi-led ownership.

Per @FabrizioRomano, Darwin Núñez is prepared to leave Benfica in the summer.

The 22-year old has had an impressive season so far 👏 pic.twitter.com/Z0SNiaAuql

This bid will probably be knocked back, while Benfica are happy to entertain offers, and there are bound to be many of them.

Discussing his future, Nunez recently said: “My head is totally in Benfica until the end of the season. I want to give everything for Benfica and for these fans, who are incredible.

“My job is to take advantage of this chance that is happening to me. Last year, I didn’t play very well, this season is incredible but the credit also belongs to my partners.”

Despite the number of players being linked with a move to St James’ Park, Newcastle boss Eddie Howe has warned the club’s fans not to expect a summer spending spree.

Asked about the summer recruitment plan, Howe said: “I am happy with this squad while acknowledging that time never stands still.

“You have to continue to improve and evolve so I have no problem looking outward and saying we do need certain things.

“But I do not think it will be the revolution that everyone thinks it will be, and it can’t be because we are under financial restrictions.

“It is not just a case of signing anybody, and that would never be the way I work anyway because every individual has to fit within the structure of the team and make the team better, not just the individual.

“That is fundamental to our future, so for all those different reasons, I do not think it will ever be a case of wholesale changes.”