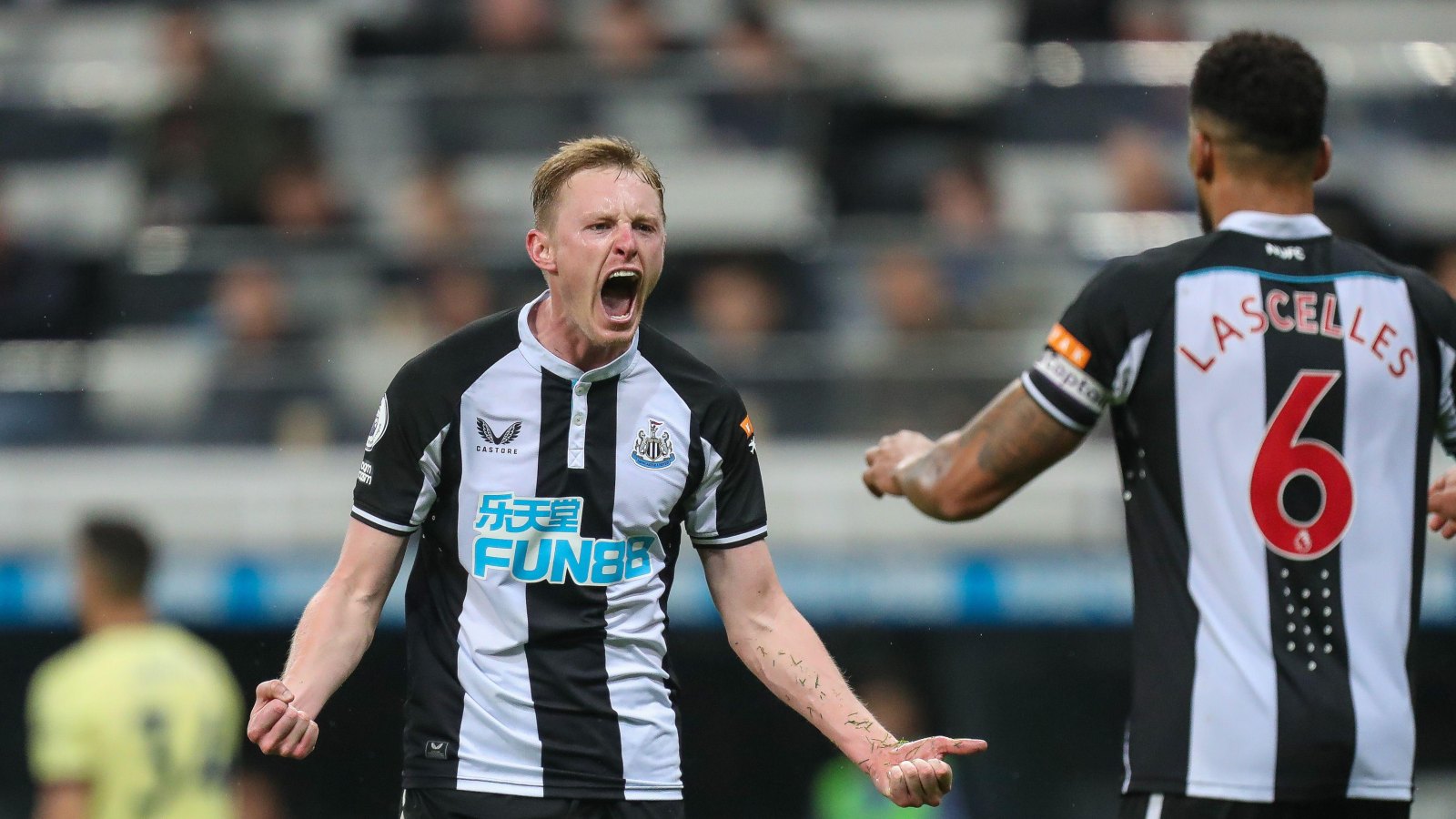 Newcastle midfielder Sean Longstaff has named manager Eddie Howe as a key factor in him signing a new three year deal on Tyneside.

The 24-year-old’s contract had been due to expire this summer but the club have confirmed he has today signed a new deal to keep him at the club until 2025.

Mark Lawrenson and Chris Kamara? They were actually believable, Jeff

The midfielder has made nearly 100 appearances for his boyhood club, and despite the club’s riches, Longstaff become the third member of the current squad to have thier contract extended in recent weeks.

Speaking to the official Newcastle website, Longstaff revealed the chance to keep working with Howe was a major factor in his extension.

“I’m over the moon. To sign for three more years at your hometown club – especially with the way the club’s going and what the owners are putting in place – is really special for me and my family, and a day I’ll never forget.

“You need to be in the right place to learn and keep improving, and since the first day the new manager’s come in, I’ve loved every second of working with him.”

“Being able to work with him every day, and his staff, they always want to help you get better and I think that’s the biggest thing for me.

✍️ #NUFC are delighted to confirm that Sean Longstaff has signed a new three-year contract with the club.

“I speak to the manager loads, and he’s assured me that he wants to keep helping me improve and the goals he thinks I can achieve.

“They align with what I think I can achieve as well. It’s really special. Everyone is moving in the same direction and I’m looking forward to being a part of it.”

Howe added: “It’s great news that Sean has committed his future to the club.

“He is a great professional and an outstanding player who is incredibly passionate about playing for Newcastle United.

“His attitude and commitment since I arrived have been first class on and off the pitch and he played a big part in us climbing the table and finishing the season as strongly as we did.

“At 24, he has his best years ahead of him and I’m excited to see his development continuing.”