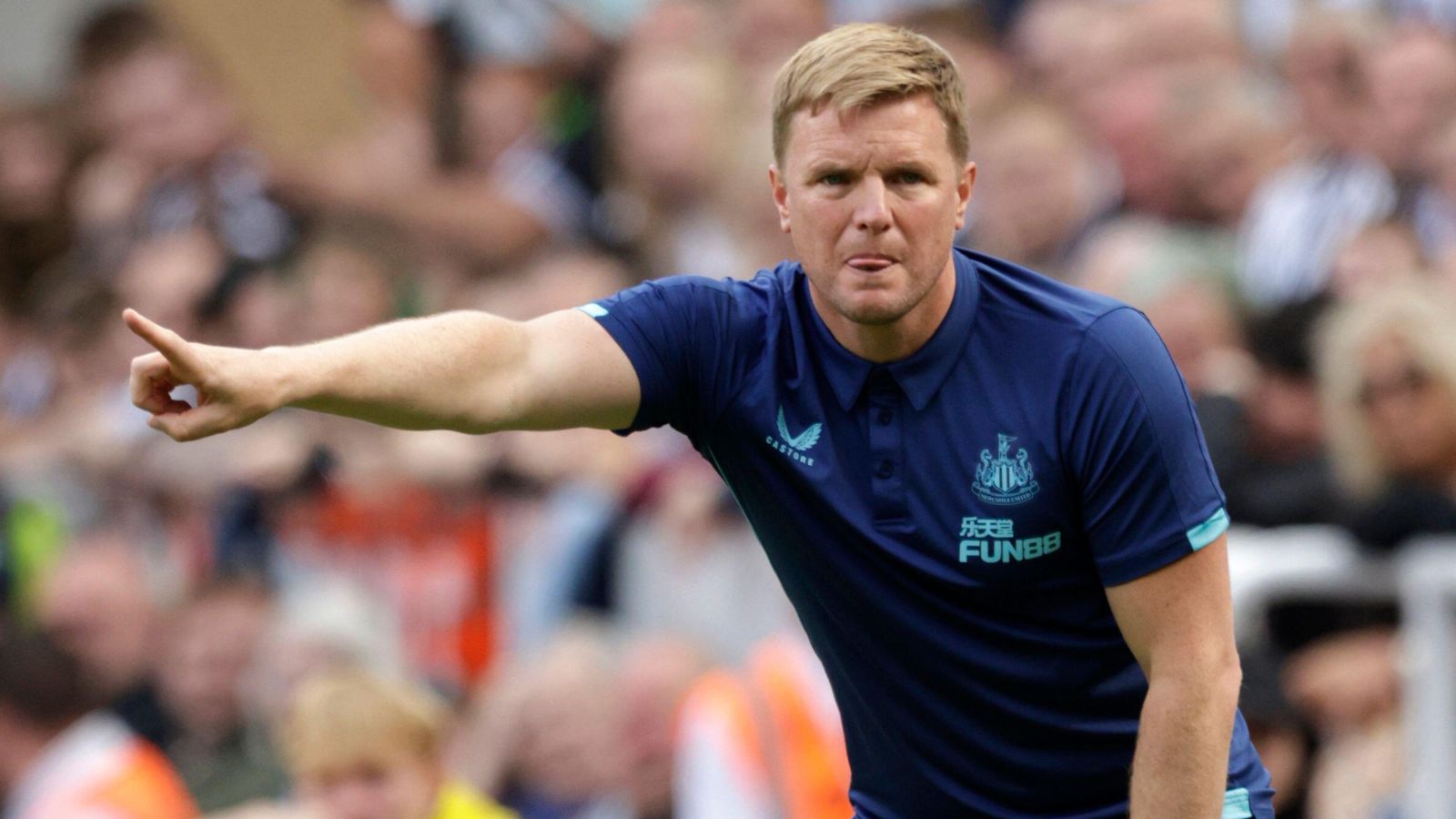 Newcastle boss Eddie Howe is hoping the near-misses of the past can help to inspire a brighter future on Tyneside as they reportedly take the lead in the race for Benfica striker Goncalo Ramos.

Howe, who this week has had to deal with the disappointment of losing midfielder Jonjo Shelvey for 12 weeks after hamstring surgery and continuing frustration in the summer transfer market, has spoken to his players about the high points in the club’s recent history, which includes second-place Premier League finishes in both 1995-96 and 1996-97.

The Magpies travel to Brighton on Saturday in the wake of an impressive 2-0 victory on opening day over promoted Nottingham Forest having been reminded of the heights scaled during Kevin Keegan’s first spell in the hot seat in particular.

Head coach Howe said: “Newcastle has got a rich history and it’s important that they know that.

“They finished second not so long ago, so the history is there that the club can be successful in this league. It’s important that the players see that, feel that and believe that we can follow in their footsteps.

“You don’t want to live in the past, but you want to respect what’s gone on before, but to try to create a new future here and that’s what we’re trying to do.”

The move came amid positive reviews for Howe’s new-look side following their 2-0 opening day victory over top-flight new boys Forest, during which the Magpies turned in a stylish attacking display and were eventually rewarded for their patience with three points.

Howe, however, is refusing to be carried away by comparisons with Keegan’s entertainers ahead of Saturday’s trip to Brighton, who launched their own campaign with an impressive 2-1 win at Manchester United.

Howe said: “If we’re saying the same thing after 20 games, I’ll probably engage in that conversation a bit more, but at the moment it’s just one game and we’re very focused on the difficult run of fixtures we have ahead of us. Time will tell.

“We have a big responsibility not just to win games, but to try to perform in a way that excites the supporters. But as I said after the game against Nottingham Forest, sometimes winning ugly is just as beautiful as winning well.”

Howe, who confirmed Shelvey’s prolonged absence, also reported a continuing lack of progress on the transfer front with the club’s pursuit of Leicester midfielder James Maddison in particular having hit the buffers.

He said: “We’re no closer currently, but hopefully the next week or so might be different.”

Benfica striker Ramos is another player who Newcastle have been linked with this summer and now Portuguese newspaper Record (via Sport Witness) insist that the Magpies are the ‘most advanced’ club in for his signature.

The Geordies are almost ready to submit their €30m offer for the signing as they put the ‘finishing’ touches to their bid after Howe was ‘impressed’ with Ramos when Newcastle played Benfica in pre-season.

Newcastle could face competition from French giants Paris Saint-Germain with Benfica apparently demanding around €40m to allow him to leave this summer.