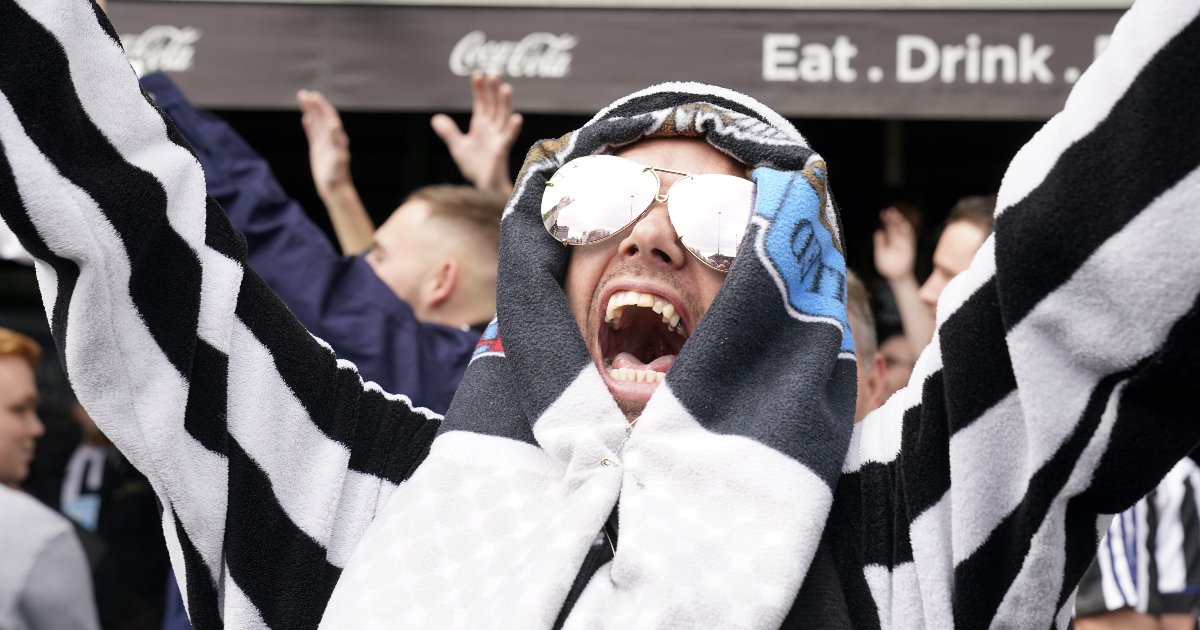 When the chants came, they were quiet and echoey. From a top corner of St James’ Park, up ‘in the gods’ and out of the way, exactly where Newcastle United want a visiting nuisance, Manchester City fans launched their verbal arrows. Any notion of gaining an advantage by controlling the atmosphere was being torn apart with ruthless efficiency, just like the players in black-and-white shirts on the pitch.

City, the current Premier League leaders and reigning champions, were 2-0 up at half time and cruising thanks to a mixture of Newcastle’s season-plaguing ineptitude and their own quality; by full time, it was 4-0. The travelling hordes had spent the afternoon mocking their hosts, who in October joined them as English football’s second state-backed club, claiming that for all the wealth of the Saudi Arabian Public Investment Fund, Newcastle were heading on an express train to the Championship. Given the number of individual errors, the latest of which came after just six minutes on Sunday, the rate of goals conceded and a solitary victory in half a season, it is hard to raise a robust defence of their position.

The home supporters, whose relentless backing of the team since Mike Ashley’s departure almost three months ago now was epitomised by chants and flags despite another debilitating defeat, made a concerted effort to point to how much richer their team is than their counterparts’. It was perhaps a little crass and, given the gulf between the teams on the day and over the past 14 years, extremely hollow, but it shone the spotlight on the one ticket Newcastle may have to get out of the hole they are in. They may need to make history, but such deep pockets are there to help break records.

Amanda Staveley and Mehrdad Ghodoussi, the faces of the new era and 10% of the consortium which ushered it in, sat forlorn in the directors’ box. Draped in Newcastle scarves, they must have heard the trolling in the distance and understood it. Relentless positivity and goodwill has been a two-way street since their arrival; the fans have been lauded because the atmosphere has been raucous; they’ve been hailed as saviours of a city and an institution.

This was the first match without the Sports Direct signs – Ashley’s most deliberate and potent method of marking territory — but everything has been superficial except the Burnley victory, their only one of the season. Wins are the currency that matter, and they are expensive but worth the cost both figuratively and literally.

Talk of January has been rife because of its importance to Newcastle, but also because this is the first window under the new owners. It hasn’t been smooth sailing; failure to relieve Steve Bruce of his duties before their first game proved costly on the day, and their process in replacing him didn’t instil much confidence before Eddie Howe was eventually chosen. But the fact they are determined to offer new-found hope on Tyneside, and an understanding that they too are learning on the job after the takeover went through without much prior knowledge, has maintained the united front.

For all the comparisons to City and gleeful chanting at their wealth from the stands, every suggestion emanating from the Newcastle camp is that the development of the club will be a gradual, business-savvy process. Initially, that was a welcome approach. If the slate was clean, it would surely be the most sensible, with around £50m available for the first transfer window, plus use of the loan market.

But given the fact that Newcastle have been unable to pull out of the bottom three since the early weeks of the season and some believe they are already doomed, their task of convincing clubs to sell and players to join is already monumental. They cannot afford to be passive – they need assertiveness with all of their financial might behind them.

There is a rather strange irony in the fact that their pulling power in the winter market could directly correlate to their neglect by the Ashley regime. Even with the restrictions of Financial Fair Play, Newcastle can spend up to £190m in January, and the harsh reality is that they might need it.

Their total of 41 goals conceded is unmatched by any Premier League rival, and the win over Burnley yielded their only clean sheet of the season. Weakness in defence is the obvious starting point for the clean-up mission, but it is the epicentre of Ashley’s last show of negligence after renewing contracts of ageing players low on quality. Ciaran Clark and Matt Ritchie are just two who served their purpose some time ago but they are still playing at a level neither should. Now is the time to instil a culture of ruthless proactivity – players need to arrive and depart at the earliest opportunity. No haggling, no hesitation; that was Ashley’s domain.

It is hard to think of the right targets for Newcastle because almost every player mentioned is at a higher level or will have better options if they become available. The fact is, regardless of the future, right now they are not an easy sell. But they have something in their arsenal that very few can rival. Money talks, and so does a good project. They are the world’s richest club and only acting like that can make the difference where it matters.