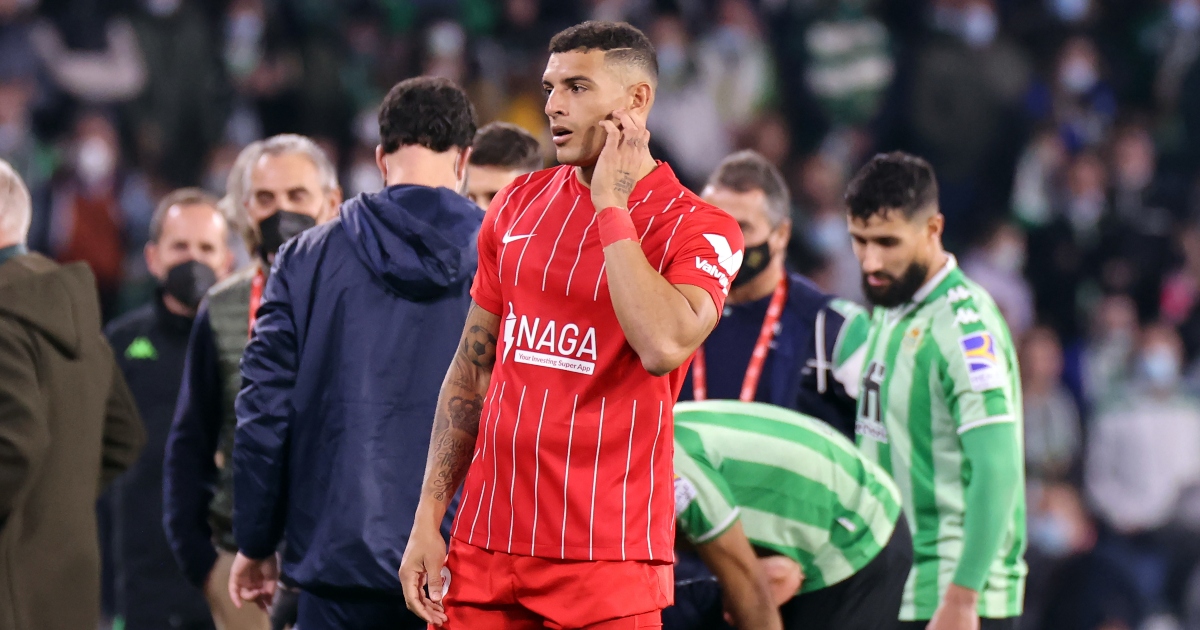 Carlos emerged as one of the Magpies first-choice defensive targets in the January transfer window, alongside Lille’s Sven Botman.

The north east club failed in their bid to sign 22-year-old Botman, who will likely stay at Lille until the end of the season.

Harry Kane worth nothing as Tuchel is new Lampard

Newcastle reportedly bid £28million for Carlos, but Sevilla want closer to £40m. Meanwhile, Sky Sports‘ Kaveh Solhekol revealed last week that the centre-back would be open to the switch.

Part of the reason he is keen on joining the Geordies could be due to the wage being put on the table, with journalist Brassell revealing he would be on a “life-changing” amount of money at St James’ Park.

“I think they’ll get Diego Carlos over the line from Sevilla, because everyone has their price at Sevilla, because he’ll be cheaper than Sven Botman, because him and his entourage are absolutely astonished by the size of the contract on the table,” Brassell said on BT Sport Score (via The Shields Gazzette).

“It’s potentially life-changing for him at nearly 29-years-old.”

No if buts or maybes . We have to get Diego Carlos over the line this week. We cannot go into leeds with Jamal Lascelles anywhere near the team

He added: “I’m always a bit dubious about centre-backs coming from different leagues to the Premier League in January, because it’s a real steep gradient of adaptation.

“They need him to fire straight away, but he’s a real leader at the back.”

Meanwhile, Tottenham and Newcastle have had offers for Manchester United forward Anthony Martial turned down, according to Fabrizio Romano.

Martial told interim Red Devils manager Ralf Rangnick that he wanted to leave this month due to his lack of consistent playing time.

Romano wrote on Twitter: “Anthony Martial wants to leave but he’s still not interested in any loan move to join English clubs. Newcastle and Tottenham approaches turned down.

The 26-year-old was not included in the Red Devils’ squad for their match at Aston Villa on Saturday evening.

Rangnick claimed Martial did not want to travel to Birmingham for the encounter.