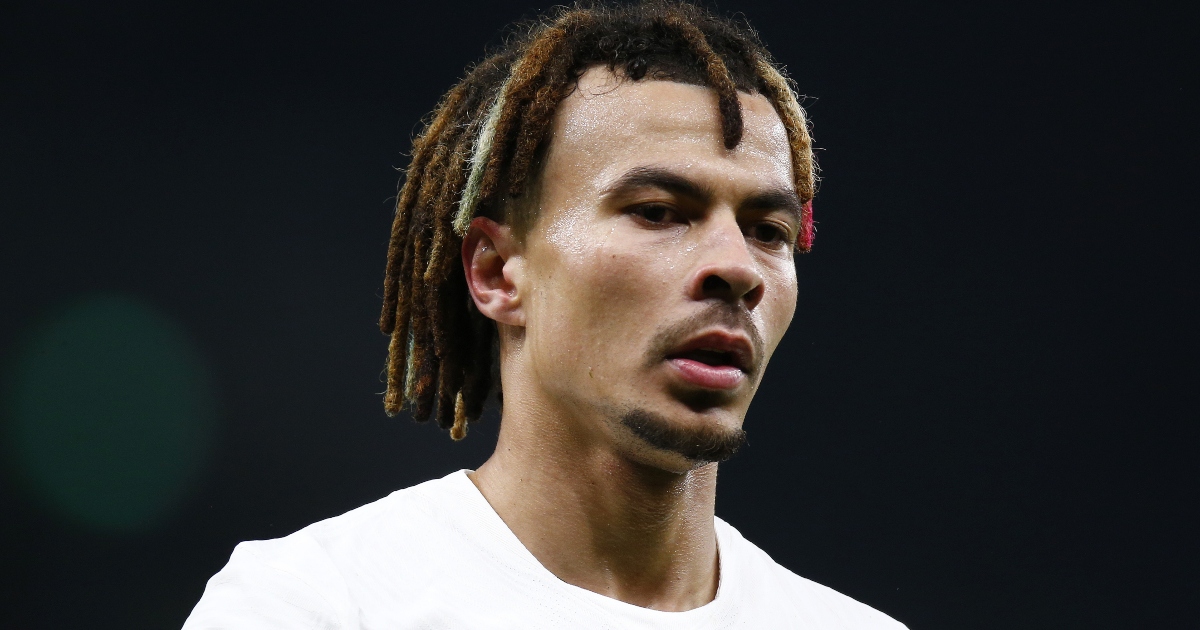 Newcastle United have ‘opened talks’ with Tottenham over the potential loan signing of Dele Alli, according to reports.

In his debut Premier League season he scored ten and assisted nine in 33 appearances and was named as PFA Young Player of the Year.

In 2016/17, Alli scored 18 goals and assisted nine times in 37 league matches, once again winning the PFA Young Player of the Year award.

The attacking midfielder’s statistics have gradually declined since then. Last season he only made 29 appearances in all competitions, scoring three times.

He has struggled for game time this campaign and has not played for England since the Three Lions’ UEFA Nations League third-place play-off win against Switzerland in 2019.

Alli was omitted from Spurs’ squad to face Chelsea on Sunday, with reports suggesting that the north London club are “open” to letting him leave on loan.

And according to talkSPORT, Newcastle have “opened talks” with Spurs over the temporary signing of the 25-year-old.

The former MK Dons midfielder is represented by the same agency as Chris Wood and Kieran Trippier, who have both joined the Magpies this month.

Meanwhile, Warnock has encouraged Alli to leave Tottenham and he believes the midfielder would be a “different player” if he was at Man City.

“I’ll be honest with you, though, when you look at Dele Alli, if you put him in Man City’s team you would see a different player.

“He roves in a No.10 role and he’s as good as anything when he was. But they’re not getting that ball, they’re having to fight for everything to get a look in.

“They are not good enough at the back, so it opens all the positions. That’s why he’s got to go.

“He will find somewhere as he’s a good player when he’s on, but he’s just gone backwards.”