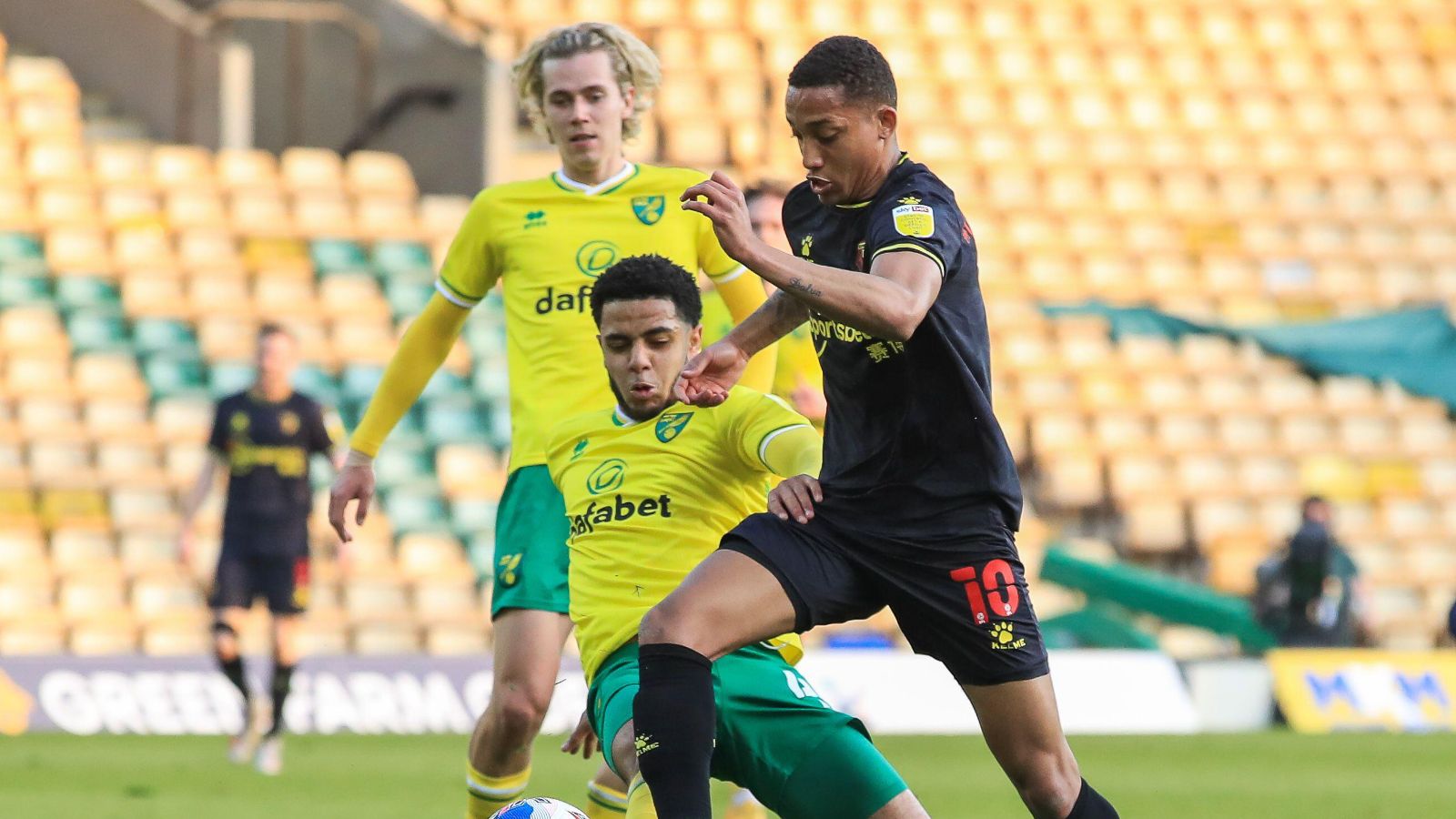 Newcastle United and Crystal Palace are looking to compound Watford’s misery by poaching two of their best players.

Connor Roberts – Burnley
The Clarets have been blighted by player exits this summer; Maxwel Cornet, Nick Pope, James Tarowski and Ben Mee are among their high-profile departees.

Roberts seems to be the one remaining player from last year’s squad who could attract interest from big hitters in the league above. After shining over multiple seasons for boyhood club Swansea City, Burnley paid £2.5m to sign him last summer.

The club’s lack of outlay in the market contributed to their eventual downfall. Roberts was one of only four players – as well as Cornet, Collins and Wout Weghorst – Burnley paid fees for last term.

While the first three were successes in a poor season, the same cannot be said for Weghorst – who only scored twice in 20 league outings.

Roberts is one player is the player on this list least likely to move on, and that is a huge boost to Vincent Kompany.

The Wales star is proven in the Championship. Barring a late raid, with Roberts and Maatsen, Burnley will have one of the best full-back departments in the league.

Max Aarons – Norwich City
Remember when Aarons was being targeted by Bayern Munich? That feels like an awful long time ago now.

The young full-back has also been linked with clubs up and down the Premier League in recent years, with Manchester United inevitably being one of them.

Had you been asked before last season who will leave Norwich this summer following their probable relegation, Aarons would have been your first pick.

He has already played 159 times at senior level for Norwich City, which is brilliant going for a 22-year-old.

70 of these outings have also come in the Premier League. Add to that his extensive experience playing for England U21s, plus his two inclusions in the Championship Team of the Year, and Norwich may feel a bit cheated that they have not yet made a sh*t-tonne of money on Aarons.

In truth, his reputation has been hampered a notch by a below-par season for his standards in 2021/22.

With his price tag now likely lower than it ever has been, teams may well view this as an ideal opportunity to sign Aarons.

Given his résumé and age, they could do worse, though a fourth full season in the Championship is likely, with pressure already building on Dean Smith after two league losses in three.

Todd Cantwell – Norwich City
Cantwell is someone Smith will be looking to rely on in the coming months.

One of the midfielder’s best seasons for the Canaries came in the Premier League in 2019/20 (yes, they were relegated, obviously) as he was involved in eight goals in the league.

The 24-year-old then barely featured for Norwich last season during their biennial campaign in the top flight.

This was a curious scenario as Cantwell was one of the better technical players Norwich had at their disposal, especially after Emiliano Buendia’s exit to Aston Villa.

Cantwell’s lack of confidence was clear while at AFC Bournemouth last term as he struggled to make an impact during his 11-game loan spell.

The ex-England U21 international has been tracked by Leeds United previously and a move away looked likely this summer before Smith handed him a lifeline in the form of a new one-year contract.

Cantwell has featured in all three of Norwich’s first three Championship games this season. But with his contract up in 2023, a lower transfer fee would be required for a bottom-half Premier League side to snap him up.

At this point, you would be foolish to write off Nottingham Forest making him their 143rd summer signing.

Ismaila Sarr – Watford
Sarr is a player far more likely than the prior trio to move on this summer.

Some eyebrows were raised when the Hornets paid £30m to sign the winger back in 2019, but the 24-year-old has consistently displayed over the past three seasons why Watford spent so much to sign him.

16 goal involvements in 50 Premier League outings is more than a solid return for a player competing for a team battling relegation.

Teams in the Big Six – namely Liverpool and Man Utd – have been credited as being admirers of Sarr in the past, though Leeds United have tracked him more recently.

In recent days, Crystal Palace have joined the race to buy Sarr, with Patrick Vieira’s side looking to sign him within the coming weeks.

The Eagles already have an eye-catching attack, with Wilfried Zaha, Eberechi Eze and Michael Olise part of their squad. Sarr being added to that is a tantalising prospect.

Sarr was a key player for Watford in the Championship last time around in 2020/21 (13 goals and four assists). They have already been impacted by Emmanuel Dennis being sold to Nottingham Forest, and a third key attacker may follow them out of the door…

Joao Pedro – Watford
Pedro is also being linked with a move elsewhere, with Saudi-backed Newcastle United looking to snatch him away from Watford. The 20-year-old has shown flashes of brilliance in recent seasons.

Many would have expected Newcastle to be busier in the market than they have been this summer, though the signing of Sven Botman looks to be a sure-fire hit.

Pedro – two years younger than Botman – will be a smart addition, given that he is already proven in England and he will presumably only get better the more he plays in the Premier League.

Newcastle’s opening offer of £20m fell quite a way short of Watford’s reported £35m valuation. Yet you would expect the Magpies to get much closer to that price tag by deadline day.

Watford were never likely to keep Dennis, Sarr and Pedro this summer. Frankly, if they did, it would have been unfair on their Championship rivals.

Yet losing all three would be a less than ideal development that would leave them on the back foot in the race for promotion.

For the neutral, this would be grand. It’s about time the likes of Norwich and Watford break their yo-yo so someone new can have a go in the Premier League.